Seemabaddha (1971) is one of Satyajit Ray’s most feted works. The second in his ‘Calcutta’ trilogy, it starred debutant Barun Chanda, who won a special prize for his performance. In Satyajit Ray: The Man Who Knew Too Much, Chanda documents his experience of working in the film and his association with Ray – from his first disastrous meeting with the director to his entry into his ‘magic circle’.

An excerpt from the book is as follows. It has been lightly edited.

One of the pictures of [Satyajit] Ray that remains permanently stamped on my mind is of Ray composing music in front of a cottage piano while a snow-white bust of Beethoven, placed above the piano, looks on benignly. Who knows, he might actually be showering benediction on him.

Composing music was a private moment for Ray and I had stepped into his study without previous intimation. I hastened out of sight quickly, but not before witnessing what I had witnessed. 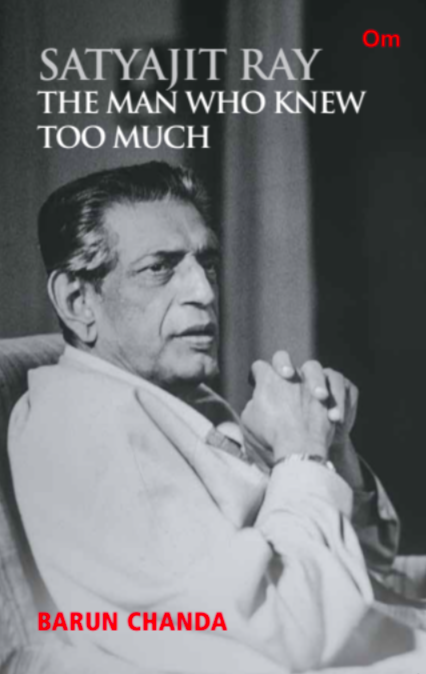 The piano still stands where it did for the last 60 years or so, though there is no one in the house to play it anymore. Sandip doesn’t play it, nor does Souradeep, Sandip’s son.

The piano is not owned by Ray, but rented from Braganza’s. And Sandip keeps paying rent for it faithfully, year after year. The instrument, unfortunately, is in some disrepair. In the damp, humid weather of Bengal, it needs to be ‘tuned’ regularly. But, the man who used to tune Ray’s piano in now dead. And a replacement for him is hard to come by.

The bust of Beethoven no more stands on the piano in splendid isolation. A clutch of trophies, big and small, displayed on top of the piano, now jostle for space, pushing Beethoven to a corner. I was sad to see that the bust didn’t look snow-white anymore.

I asked Sandip where the Beethoven might have come from. He wasn’t sure. “It could be from George Lechner, for I don’t remember Baba bringing it with from abroad. Lechner used to be the chief of Max Muller Bhavan at that time and a very good friend of Baba. I know for sure that he had gifted Baba a harpsichord before going back to Germany.”

As in the case of cinematography, Ray’s need to compose music for his own films evolved over a period of time.

For his first film, Ray had wanted Pandit Ravi Shankar to compose the music. When requested, Ravi Shankar readily agreed. But, at that time he was in the peak of popularity. And he was frightfully short of time. When he finally came down to Calcutta to compose music for the film he had barely a day in hand to accomplish everything – not just compose the theme music, but provide background music as well.

Considering the severe time constraint, it looked like an impossible task. No man had ever composed music for a whole feature film in a few hours flat. But, that’s the way it happened in case of Pather Panchali. Apparently, Ray didn’t have a choice.

But, here’s how Pandit Ravi Shankar himself looked at it. In an interview he had a very different take of the whole thing.

“After seeing the rushes I was of course very happy. It was such a surprise for me. [I] got completely bowled over! I immediately got a tune which I thought would be ideal for the film. He [Ray] had so much knowledge of Western culture, he had so much knowledge of music…Bach, Handel. I think we took hardly six to seven hours [it was actually some 11 hours in all, working non-stop] to complete the whole thing. There were hardly any retakes.”

While Ray thought the theme music for Pather Panchali was simply brilliant, he was put into considerable discomfiture when trying to fit Ravi Shankar’s music as background score. In an interview he described how difficult the process was when asking these brilliant soloists to compose background music for scenes.

“But, they were not film composers really. They were virtuosos. And if I told them I want a music which lasts 17 seconds they would throw up their hands and say, ‘No, I’ll play for three minutes. You choose what you like.’”

That put tremendous pressure on Ray when it came to the stage of actually fitting the audio to the video track.

“So, all the work was done in the editing room. And sometimes, I would find I didn’t have the right music for a certain episode. The composer hadn’t provided the music. So, then I would turn to my records. Play Schubert backwards, Sibelius backwards and nobody would recognise that. But, it worked. It has worked in Jalsaghar. When the lights begin to go out and he (Rai Bahadur) says, “Oh! The lights are going”, there’s a music. I’ve combined it with a music which the composer gave me, but I needed another kind of texture in the music which was not there. That came from Sibelius. And the fact that the key didn’t clash just did the trick. I was doing all kinds of tricks when I was working with other composers. And they would be sometimes hurt, sometimes surprised. Often I would reduce their music or lengthen their music, play it slow, half the speed. So, it takes a longer time and gives a new timber.” 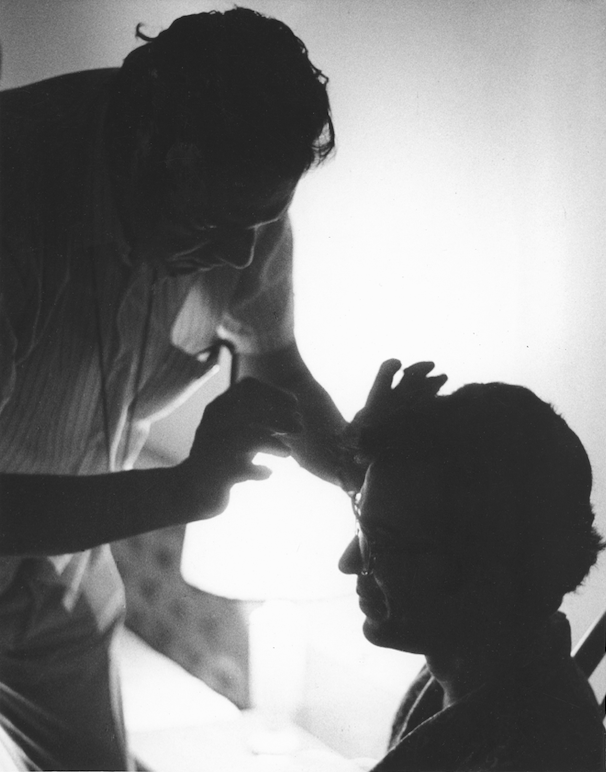 This is how Ray managed his music composition for the first six films. At its best it could be brilliant, as in Pather Panchali. But, even there, quite often, Ray felt handicapped, having to resort to all kinds of ‘tricks’, as he himself admitted, to make up for deficiencies.

And when it didn’t work, as in the case of Devi (where there were open divergences of opinion with the composer of music, Ustad Ali Akbar Khan), it became a severe constraint. In his interview with Lindsay Anderson, Ray confessed in as many words. “I had difficulty working with them because they were friends and I was starting to get too many ideas of my own. Obviously, a composer wouldn’t like to be guided beyond a certain point and I didn’t want to jeopardise the friendship so I decided to try my own hand…”

So, finally, from Teen Kanya onwards, Ray decided to compose the music for his own films.

Initially, the transition didn’t work out all that smoothly for him. “It was extremely difficult in the early stages and what I would write [compose] would sound atrocious in the orchestra, so I scrapped a lot. I wrote some music for The Postmaster, but I didn’t use any of it because it didn’t sound right. But, then [gradually] I developed some proficiency.”

Fortunately, Ray had the right preparation for such an eventuality. As Ray revealed to Lindsay Anderson, “I was surrounded by music. Everybody on my mother’s side could sing, all my aunts, all my uncles; my mother was an exceptional singer. It was mainly Rabindra Sangeet, Tagore’s songs, that I had heard as a child and the Brahmo Samaj songs – some of them wonderful, really magnificent songs, based on classical ragas…Music I never studied. It was just with me all along.”

Maybe fate had ordained it. Right from his college days he had been keenly interested in Western classical music. He would save up from pocket money to buy records, often from second-hand shops, and buy printed notations of the same from a famous music shop of yesteryears, Braganza’s. He would then play the records repeatedly, with the notation sheet in hand, to teach himself how to read Western music notations. Further help in reading English notations came from an unexpected source when Ray met with a professor of English, Alex Aronson, in Shantiniketan. The two of them would often spend evenings at Uttarayan, Aronson playing on the piano, and Ray turning the score sheets for him, thus becoming quite adept in reading the notations himself.

No wonder that when Pandit Ravi Shankar came down to Calcutta to compose music for Pather Panchali he was struck by Ray’s in-depth knowledge of Western classical music. Ray’s need to take up music composition arose from the realisation that the Indian classical musicians he had commissioned as music directors had only an inadequate understanding of the specific needs of film-making, specially when it came to creating background scores. Not only did they lack pinpoint accuracy regarding the exact time duration, situations often demanded a fusion of Western and Indian music which they were either unable to grasp or find acceptable.

Ray’s knowledge of Indian classical music developed probably at a later stage, when he came into increasing contact with the Indian maestros Pandit Ravi Shankar, Ustad Ali Akbar Khan and Ustad Vilayat Khan while they were composing music for his first six films. This experience came in quite handy later on when composing music for his two children’s films, Goopy Gyne Bagha Byne and Hirak Rajar Deshe. In both the films he diligently avoided using Western music, his forte, and composed songs based on specific Indian ‘ragas’. His compositions, specially the songs of Goopy Gyne Bagha Byne, are absolutely brilliant.

But, even when the Indian maestros were composing music for him, he had ventured to create music on his own when the situation so demanded. Take Devi, for instance. There is a scene in the film that required a Shyama sangeet, a genre of devotional songs for Goddess Kali. Instead of putting the burden of composing a typically Bengali genre of music on Ustad Ali Akbar Khan, he decided to compose it himself. What is remarkable is that both the lyrics as well as the tune were composed by Ray himself. How did he manage to do it so professionally the very first time?

Barun Chanda appeared in Satyajit Ray’s Seemabaddha as its protagonist. He is an actor and writer. He has four Bengali and two English books to his credit. This book on Ray is his first non-fiction work.