“Raw sexuality” . . . “carnality” . . . “luscious scents” . . . And that’s just the first paragraph of Erica Hannickel’s lively “Orchid Muse: A History of Obsession in Fifteen Flowers.” Nothing brings out plant lust like the orchid. Ms. Hannickel, a professor of environmental history at Northland College who has previously written a book about wine culture in America, offers an entertaining romp through the history of human adventures with orchids. She recounts the stories of dozens of orchid-besotted people in many countries, across four centuries. Ms. Hannickel has been an indoor orchid grower for years; her meticulous research is companion to her tender ministrations to a plant that many find daunting. There is indeed something spellbinding about the orchid’s “lascivious architecture.” Neither male nor female, the orchid’s sexual parts are fused into a column. Phlox do it, peonies do it, even tessellated blooms do it—but for letting people fall in love there’s nothing like orchids.

In the “most controversial prose poem” of the early 1800s, “The Temple of Nature,” Erasmus Darwin, grandfather of Charles, presented orchids as threatening seductresses and comforting mothers, employing the flowers as exemplars of the Enlightenment view that sex should find free expression. His poem addressed vegetable love and vegetable adultery; he spun bawdy tales of “wakeful anthers,” “honey-cups” and “ambrosial dewdrops.” Horace Walpole found it “the most delicious poem on earth.” Samuel Taylor Coleridge, less impressed, said “I absolutely nauseate Darwin’s poem.” In Erasmus Darwin’s day, the collection of orchids at the Royal Botanic Gardens at Kew contained only 24 orchid species, but as the British Empire grew, so too did the collection of exotic plants. Darwin’s poem “set the tone for how Westerners would conceive of orchids for the next century” with orchids “driving nature into a strange new sexual future.”

By 1862, weary from years of battering for publishing “On the Origin of Species,” grandson Charles Darwin wrote a book about orchids. Where Grandpapa saw sex everywhere, Charles saw natural selection at work everywhere. With “The Various Contrivances by Which Orchids Are Fertilised by Insects,” Charles was riding a wave of Victorian orchidmania; he thought of the book as a flanking movement against his detractors. It worked. Reading about orchid evolution, people became more accepting of his theory. His “little orchid book,” as he called it, helped to destabilize racist ideologies.

We may earn a commission when you buy products through the links on our site. 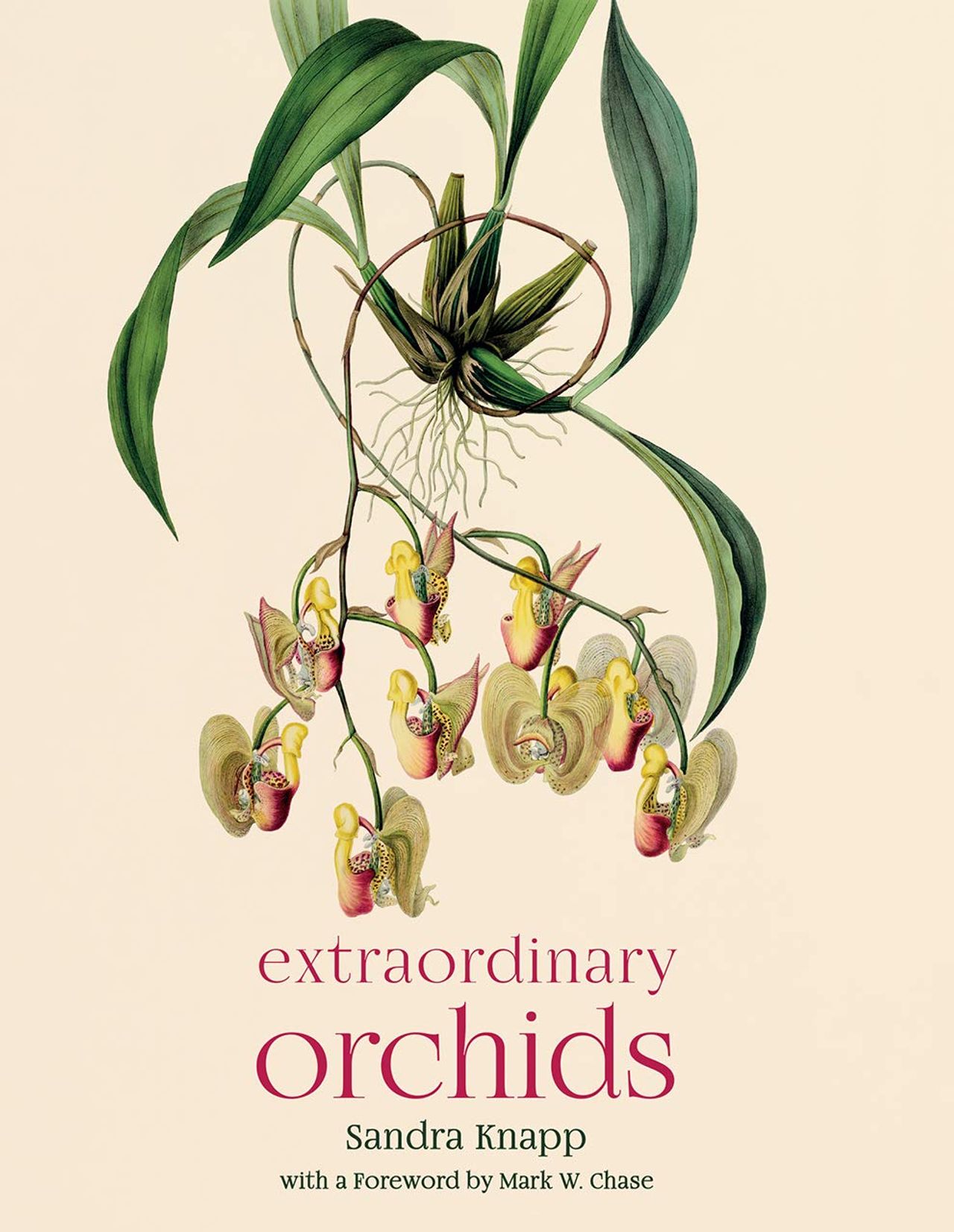 Empress Dowager Cixi is the most powerful woman in Chinese history. Presented as a concubine named Lan—“Orchid”—at the emperor’s palace in 1851 when she was 16, she became queen regent upon the emperor’s sudden death. Wily, ruthless, preferring to be called “Father” for its authoritative ring, she staged a coup and became empress. She warned her court that “whoever makes me unhappy for a day, I will make suffer a lifetime.” She cultivated orchids, which, following Confucius, she considered an inspiring exemplar of natural excellence. She was partial to the fragrant Cymbidium ensilfloium, which perhaps masked the stench of the ubiquitous open sewers of Beijing. Cixi built a mile-long garden at the Summer Palace with funds that had been raised on the promise they would help modernize the military. She was traumatized by the brutal destruction by French and British forces of the Old Summer Palace in 1860: a wonderland of centuries-old trees and plants that had been cultivated for generations disappeared in clouds of black smoke. Cixi reserved for her new gardens an attentive care she did not offer to people.

Oddly, the first public orchid show in the United States, in 1887, was in Manhattan’s Tenderloin District, notorious for its brothels, gambling dens and sex-trafficking. The show was staged in a hall more often used for freakshows and waxworks. Rooms crammed with bold, exotic shapes and colors generated swooning newspaper coverage, and cast a spell on the Gilded Age’s boldface names: Tiffany, Vanderbilt, Astor, Van Rensselaer. Orchid-inspired jewelry, stained glass and corsages followed.

Many more wonderful characters waltz through these pages. In 1818, plant hunter C.S. Rafinesque traveled through Kentucky with ornithologist John James Audubon, who was startled by his manic energy. Audubon woke one night to see Rafinesque standing in his bedroom, stark naked, swatting wildly at invading bats with a broken violin. Rafinesque ultimately gave Latin names to more than 6,700 plants, including more than 10% of the orchid names in use today. He died at 56 of a painful stomach cancer, probably brought on by self-medication with maidenhair fern.

At home in Mexico City, Frida Kahlo and Diego Rivera employed a plant hunter, Teódulo Chávez, to fill their gardens with orchids and other exotics. In 1937, exiled revolutionary Leon Trotsky and his wife came to live with them. Trotsky and Kahlo began an affair that lasted months. “Trotsky would appear, unannounced and in the middle of the night, demanding that he and Chávez go hunting for orchids for Frida.”

African-American historian John Hope Franklin, one of the great scholars of the 20th century, was passionate about orchids, cultivating 900 species in a third-floor greenhouse attached to his Chicago home. Both orchids and American history were “full of challenges, mystery,” he would say, and easy to fall in love with. They both called for persistence and patience—and hard work. This “hauntingly beautiful family” rejuvenated a historian whose life and work had been shaped by terrible events.

Not everyone sets out to study orchids in the spirit of love. For botanist and writer Sandra Knapp, the approach was closer to disdain. She confesses to having been both “fascinated and slightly repelled” by orchids, put off by this garishly dressed family—the second largest in the world with over 30,000 species. But the sweep, intelligence and research on display in “Extraordinary Orchids,” a lavish, oversize volume, will surely push the reluctant closer to admiration. The profusion of paintings and drawings is impressive, though a vexing indexing system makes identifying artists an exercise in frustration and sometimes futility.

Ms. Knapp is an eloquent scientist, and she writes beautifully about the interconnected communities orchids inhabit—along with mosses, lichens, other plants, insects and arthropods. Orchids are epiphytes—they live “perched on branches and do not depend upon their host for nutrition”—but this light-footed lifestyle is actually quite stressful, as she explains: “High above the forest floor, temperature and water availability fluctuate wildly . . . so epiphytes have to cope with daily peaks and troughs of sunlight, water and wind.” Orchid roots are “covered by a spongy white layer that looks almost like very thin foam,” whose structure increases water and atmospheric gas uptake. Her chapter on “Life in the Air” should be read by every plant lover and science writer for a lesson on succinct clarity.

Toward the end of her book, Ms. Knapp grudgingly admits that she now fancies orchids and, more important, is gravely concerned for their survival. Climate change, pollution, the destruction of forests, the irrecoverable extinction of orchid species, and, finally, the orchid hunters of today, eager to cash in on an insatiable market for plants, some as coveted as Tiepolos, traded illegally, and some, artificially propagated, sold in grocery stores—all are wreaking havoc on this family of flowers. This should not become the final chapter in humankind’s history with orchids. We can only hope—and act to protect those glorious seductresses.

—Ms. Browning is the director and a co-founder of Moms Clean Air Force, and a vice president of the Environmental Defense Fund.