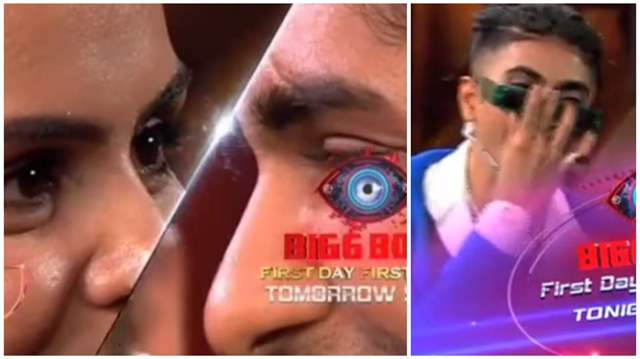 And the wait seems to get over!

Bigg Boss is back with the sixteenth edition and the fans can’t keep calm. The season is touted to be unpredictable, fast and surprising which has left the fans and ardent followers of the show quite excited. Viewers are waiting for the clock to strike 9:30pm tonight to catch all the fun, masti, drama and of course spicy controversies brewing for them in Bigg Boss 16.

Actors like Tina Dutta, Shivin Narang, Surbhi Jyoti, Shaleen Bhanot, Nimrit Kaur Alhuwalia, Sumbul Touqeer among others are speculated to enter the show. While some actors have refuted the buzz, others have stayed mum.

The channel has been dropping a few exciting promos from the premiere episode. Yesterday, the channel released promos of Nimrit Kaur Alhuwalia and Gori Nagori and fans’ excitement doubled. Later, in the evening promos of Abdu Rozik of ‘Burgir’ fame and ‘Udaariyaan’ actors Priyanka Chahar Chodhary and Ankit Gupta interacting with Salman Khan were released.

Salman interacted with Abdu Rozik who sang a song and also ate a yummy ‘burgir’ before entering the controversial house. Priyanka Chahar Chaudhary and Ankit Gupta’s promo is all things cute as Salman asks the duo about their relationship status and they state that they’re ‘just friends’. Salman further teases them with his wicked and mischievous smile. Sumbul Touqeer of Star Plus show ‘Imlie’ fame will be seen performing to the popular ‘Chaka Chak’ song.

Have a look at the promos:

Another surprise entry to the show is that of popular rapper MC Stan who’s recent clip from a LIVE session talking about his ‘Assi Hazar Ke Shoes’ went viral. MC Stan interacted with Salman and impressed him a lot. Salman stated that in his twelve years of hosting Bigg Boss, he hasn’t seen a personality like him.

Have a look at his promo: