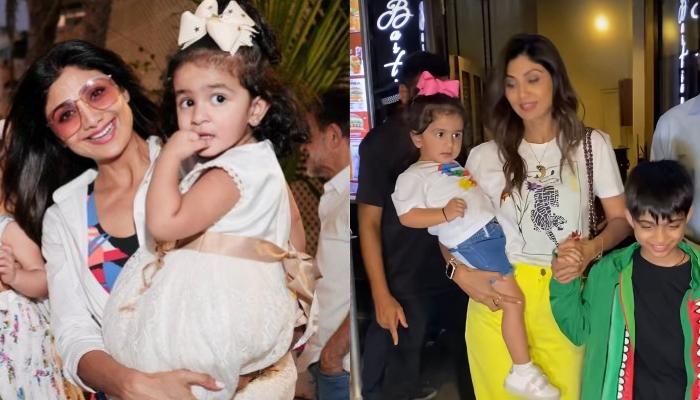 Bollywood actress, Shilpa Shetty Kundra is a boss lady, who never shies away from expressing her true self. Apart from being a brilliant actress, Shilpa is a hands-on mommy to her kids, Viaan Raj Kundra and Samisha Shetty Kundra. The gorgeousness ensures to take out some time from her hectic schedule and pamper her kids. Time and again, we have seen her enjoying her mommy time with her little munchkins, and this time was no different!

Shilpa Shetty Kundra had braved a storm in her life as her hubby, Raj Kundra was accused of producing and selling pornographic content. However, the actress never left her husband’s side and had stood strong for their kids. From trolling to hatred and disrespect, Shilpa had experienced it all with a smile on her face and had never let all of it affect her.

Recommended Read: Charu Asopa Talks About Her Divorce Rumours, Says, ‘Its Worrisome After Ziana Gets To Know About It’ On May 26, 2022, Shilpa Shetty Kundra was spotted by the paps as she made an exit from her restaurant, Bastian, along with her kids, Viaan and Samisha. The doting mommy can be seen holding her kids’ hands as they walked towards their car. For the outing, Shilpa donned a white-coloured t-shirt paired with bright yellow pants, and her daughter, Samisha twinned with her in a white top paired with blue denims. On the other hand, Viaan looked dapper in a black t-shirt and matching trousers, which he styled with a green jacket.

In the video, Samisha can be seen throwing tantrums and asking her mommy, Shilpa to pick her up in her arms. As the paps, who were present there, asked the actress to pick Samisha up and jokingly mentioned that she is not able to walk, Shilpa gave a funny reaction and said, ‘Achhaaa’. Then, the doting mom picked Samisha up and took her towards her car. She was seen wiping Samisha’s face with her hand and won everyone’s heart. However, it was the two watches on Shilpa’s wrist that grabbed many eyeballs. Check it out below:

Earlier, in an interview with the Hindustan Times, Shilpa Shetty Kundra had opened up about the difficult time in her life and had shared how she had overcome it. Stating how even during the whole fiasco, her kids, Viaan and Samisha were the sole purpose of her life, she had shared that she had emerged like a phoenix only for them. In her words:

“I have always believed that in life, you have to find a purpose. Even in the chaos, my purpose was my children and will always be them. Stepping out in difficult times, with a brave front, to go back to work was only to show my kids, [especially my son] because he is at an age where he understands things.” 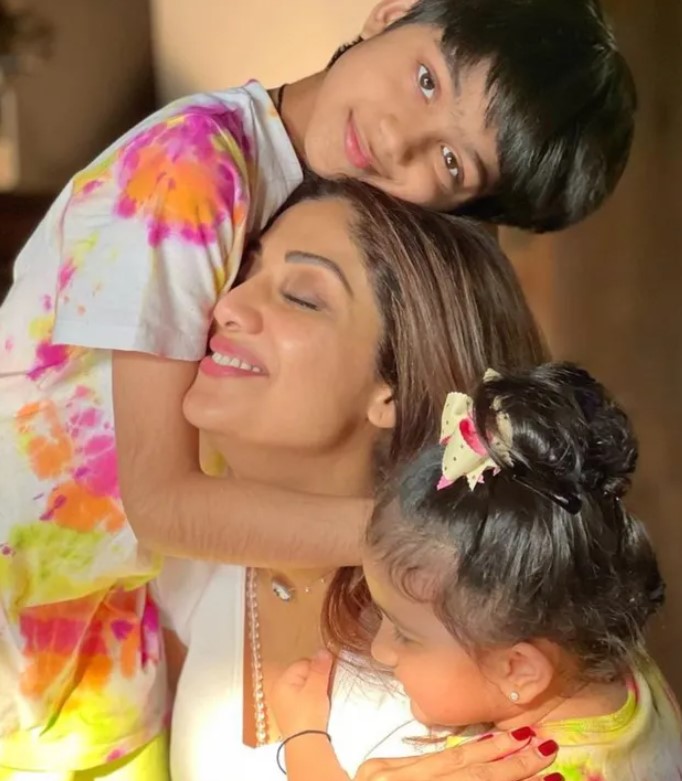 On the work front, Shilpa Shetty Kundra will be next seen in the film, Nikamma.