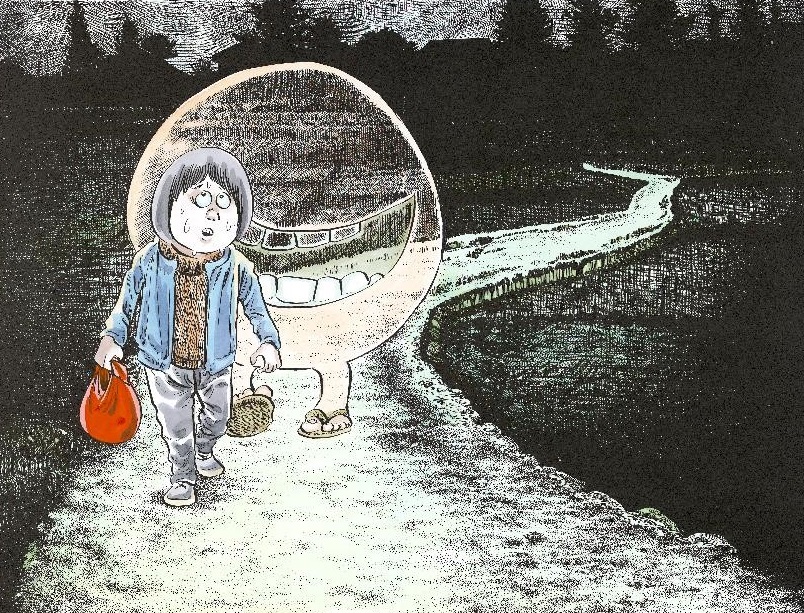 A parade of monsters is coming to Roppongi Hills this summer, and it sounds like a treat!

Japan has a long history of making art out of yokai, the ghouls and monsters that were believed to lurk in the shadows, but perhaps the most famous modern examples of yokai art are those created by the late Shigeru Mizuki. With his manga Gegege no Kitaro, whose starring yokai have been influential in many unusual ways, he became known as the modern master of the yokai genre and is remembered for his whimsical, creepy-cute art style.

2022 marks 100 years since Mizuki’s birth, and his yokai art will be memorialized with a special exhibition on the 52nd floor of the Roppongi Hills Mori Tower, a space known as Tokyo City View. Titled “The Yokai of Shigeru Mizuki: Nightly Procession of Monsters ~This is How the Monsters were Born~“, the exhibition will open on July 8 and last until September 4 of this year, throughout the season of spooky story-telling (which, in Japan, is in the summer).

This will be the first large-scale exhibition of Mizuki’s works. True to its name, it will feature a huge array of monsters on display in over 100 of his original works, including characters from Gegege no Kitaro like Nurikabe, a wall-shaped yokai…

…original drawings of yokai like Bakezori, a yokai derived from a beat-up old sandal…

…and Okamuro, a huge yokai born from a cat that likes to scare humans, will also be on display.

In addition to art by Mizuki, precious yokai literature owned by Mizuki himself will be displayed for the first time ever, including a famous book of yokai art and folklore known as The Illustrated Night Parade of a Hundred Demons (Gazu Hyakki Yagyo) by Edo era ukiyo-e artist Sekien Toriyama, and A Discourse on Yokai (Yokai Dangi), by the father of Japanese folklore studies, Kunio Yanagita.

▼ A drawing by Mizuki of the yokai said to prevent the spread of epidemics, Amabie

The exhibition space itself will be turned into a yokai experience, and they’re also planning special events such as guided night tours and children’s yokai encyclopedia workshops, so if you’re a fan of Shigeru Mizuki, yokai art, or Japanese folklore, you’ll definitely want to check it out!

General admission tickets will sell for 2,200 yen (US$17), but you can save money by ordering ahead of time or by buying the discounted pair set, which is available now until July 7. Don’t miss out on this chance to get up close and personal with Mizuki’s art and the world of yokai! And if you have the chance to visit Tottori, we highly recommend you also check out Shigeru Mizuki road, where yokai might try to steal your ATM pin.