Ever since Sidharth Shukla left for his heavenly abode, fans have been a source of strength for his good friend and former Bigg Boss co-contestant Shehnaaz Gill. Time and again we have seen SidNaaz fans have been sending their love and warmth Gill’s way to make her feel stronger and overcome the loss. It’s been 8 months since TV’s handsome hunk died due to cardiac arrest leaving his fans, friends and family reeling with his untimely death.

Shehnaaz and Sidharth met during their stint in Bigg Boss 13 which was won by the late actor. On the other hand, Gill has never shied away from expressing her love for Sid.

Shehnaaz Gill was recently invited to the Brahmakumaris campaign for Empowerment of Girl Child where she was felicitated. Later, the actress gave a powerful speech at the event that has left her fans inspired. At the event, Sana remembered the late Sidharth Shukla and stated how she believes in herself while calling herself a ‘pure soul’ and ‘strong woman’. A couple of videos from the same event have made their way to the web and are going viral for all the right reasons.

Soon after the video surfaced on the web, fans couldn’t help but nod in agreement with the actress. Check out what fans have to say: 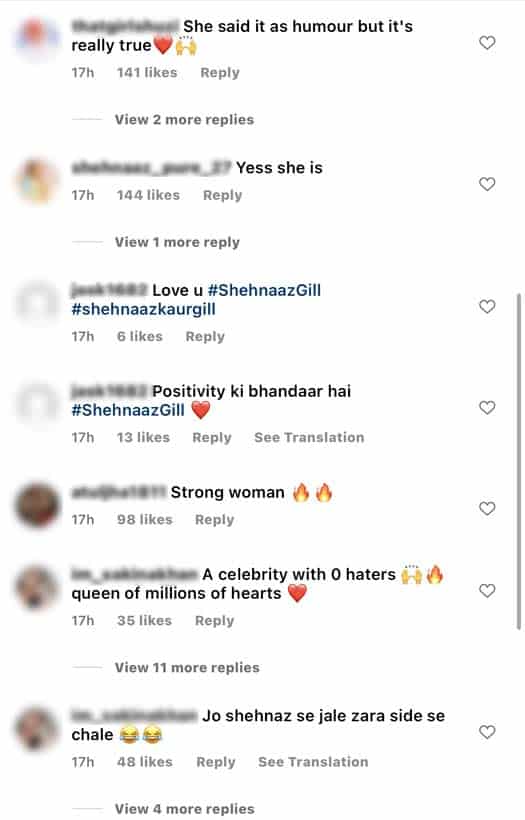 Not only that Shehnaaz Gill also went on to tell the attendees about the ultimate power of God, she said, “Bhagwan ka law hai vo ratt lo God helps those who help themselves.” Watch it below: