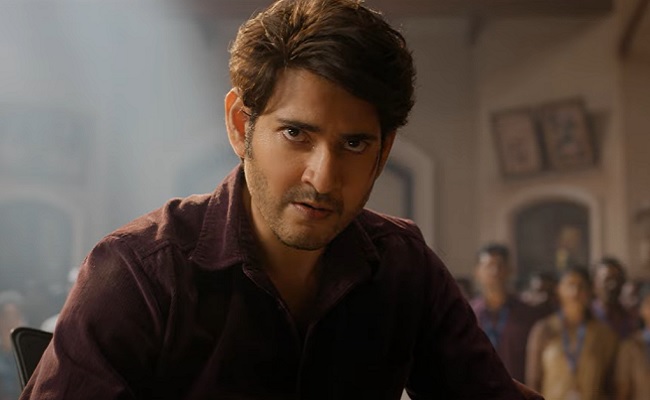 After ‘Geetha Govindam’, director Parasuram Petla has geared up for the release of another mega project titled, ‘Sarkaru Vaari Paata.’ Parasuram has become a household name, post-Geetha Govindam’s success.

Starring Mahesh Babu and Keerthy Suresh in the lead roles, ‘Sarkaru Vaari Paata’ has created an immense buzz among the audience.

The hype has already been high on Mahesh Babu’s “Sarkaru Vaari Paata”. The trailer has added fuel to the fire, raising expectations further.

Mahesh Babu’s swag and dialogues with terrific mass blocks are the highlight of the trailer. Vizag is the story’s setting. Mahesh Babu and Keerthy Suresh’s romance are cute and entertaining.

The dialogues are sharp but there is a problem. This film is set to target the family, female and mass audience at a time.

The end dialogue with reference to Viagra (though he intelligently uttered as ‘ayagra’ to escape censor issues), though works in theater, it’s a disturbing thing in the 2 minute trailer which will be played multiple times and the minor children also watch.

Talking about his handsomeness, he says, “deenni maintain cheyyaleka doola teeripotundi.” On a whole it gave an indication as a film that appeals to the masses.

Samuthirakani, Vennela Kishore and Subbaraju are playing supporting roles in the film.

Produced by Mythri Movie Makers, 14 Reels Plus and G. Mahesh Babu Entertainment the film already has an excellent buzz around it and is sure to smash all box office records.

The technical crew comprises R Madhie as the Director of Photography (DOP), S Thaman as the music composer and Marthand K Venkatesh as the editor.