Darogha Abbas Ali, a photographer and municipal engineer from Lucknow, published three books in the late 19th century that celebrated Lakhnavi culture. His third book, published in 1874, was titled The Beauties of Lucknow, on the request of Awadh’s nobility and gentry, “to prepare a series of photographs of the dancing girls, singers, and actresses who may be termed the celebrities of Lucknow on account of their beauty or talent.”

The book, now nearly 150 years old, contains 24 sepia-tinted portraits. Among them is one of an “Oomraojaan Dancing girl of Joogna”. She is seated and holds a fan with the Awadh royal emblem — two-winged mermaids holding up a crown.

Ali’s aim was clear. He was convinced, as per the introduction to the book, that his work would provide a different option of “Oriental beauties”, to what has been previously entertained from the stories told by Indian travellers or tales recounted in the Arabian Nights. Indeed, his portraits of the 24 women were not made without “considerable difficulty on account of caste prejudices”. Ali had taken the technology of the West to portray a more authentic vision of the East. The Beauties of Lucknow comes for auction at an antiquarian books sale by auction house Saffronart, to be held online between May 4 – 5. It is estimated to sell between Rs 13.5 lakh and Rs 15 lakh.

Aashish Dubey, senior manager for client relations at Saffronart, who has put together this auction, says that antiquarian books were normally published from 1760 to 1850-60, after which the advent of photography took over. He says, “The period from 1760-1860 was considered to be the golden period of rare books related to the subject of India.”

This is Saffronart’s second auction of antiquarian books. The first was held in January 2020. The upcoming auction has 100 lots with books that span a number of themes, from daily life to royalty, from religion to culture, wildlife to flora, military costumes to warfare. The highlights are books that encompass travel and adventures in India, with picturesque compositions of monuments and architecture. Therefore, the auction is titled “Antiquarian Books: In pursuit of the picturesque”. Dubey highlights a work by Joseph Dalton Hooker in the botanical section. Considered to be one of the greatest botanists to work from India, his books The Rhododendrons of Sikkim, Himalayas and his Himalayan journals are considered great works, Dubey says. With a limited print run of around 150-170 copies, these are rare books to appear in the auction, estimated to sell between Rs 9 lakh and Rs 11 lakh.

The oldest book in the auction is Select Views in India, a collection of 48 aquatints by William Hodges, known to be the first professional landscape artist to visit India. Printed in 1786, the book includes Tanjore’s temple “pagoda”, ruins of Agra, Benares and more.

The auction lots are dominated by non-Indians, perhaps given the access to printing technology available at that time and the interest abroad in surveying Indian culture. Indeed, there are several books of historical value that show an artist’s depiction of Indian religion and customs, such as Eugène Burnouf and Eugène Jacquet’s L’Inde Française, printed between 1827 to 1835, estimated between Rs 6 lakhs and Rs 7 lakhs. Considered to be the first important French book on India, it has 150 hand-coloured lithographs and presents a number of costumes, rituals, festivals and Hindu deities, including Manmatha, the god of love and desire, seated on a parrot. 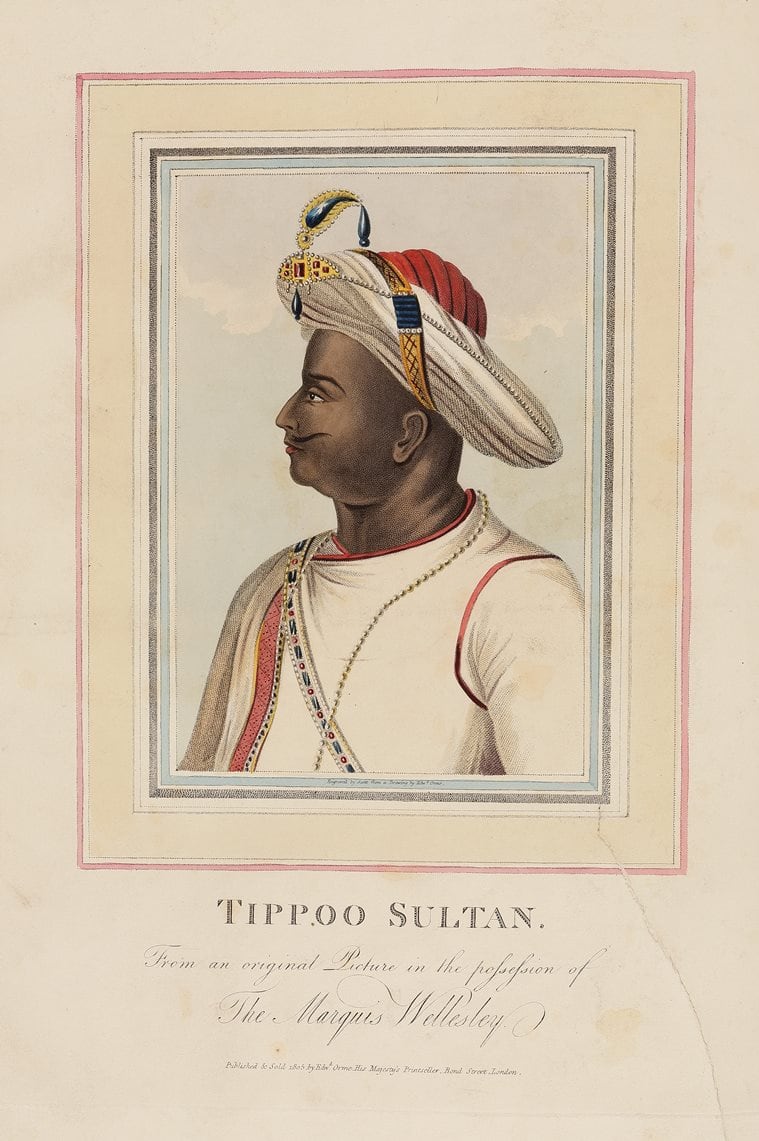 Tipoo Sultan from Francis William Blagdon, William Daniell, James Hunter and Francis Swain Ward’s, “A Brief History of Ancient and Modern India from the Earliest Periods of Antiquity to the Termination of the late Mahratta War” (1805 or 1828)

Dubey also highlights John Gould’s A Century of Birds from the Himalaya Mountains (1832), estimated from Rs 20 lakhs to Rs 25 lakhs. Dubey says, “He was considered to be the second-most prolific painter of birds. Each print is amazingly lifelike—in colour and detail. Gould also ensured that they were kept as close to the natural size as possible.”

The auction also includes a number of women authors with important political connections and good artists in their own right. Emily Eden, for instance, was the sister of Lord Auckland, once the governor-general of India, and accompanied him on his various tours of the Punjab court. Her books, Flowers from an Indian Garden: Hope (circa 1846) and Portraits of the Princes and People of India (1844) were done while travelling with her brother. There is Fanny Parkes, a travel writer from Wales who lived in India for more than two decades. Her Wanderings of a Pilgrim: In search of the picturesque, during four-and-twenty years in the East; with revelations of life in the Zenna (1850) is regarded as an important memoir with observations on India and is estimated to sell between Rs 4 lakhs and Rs 6 lakhs. Dubey says, “Being a woman, she could assist ladies of the zenana. This allowed her to see the life of the native Indian woman and get an accurate picture.”