Indian actress, Preity Zinta is known for her amazing acting skills and her on-point business antics. Over the years, we have seen her spreading smiles and joy with her prettiest smile. However, the actress likes to keep her personal life private. On February 29, 2016, Preity Zinta had tied the knot with her darling hubby, Gene Goodenough in an intimate ceremony.

After five years of marital bliss, in 2021, Preity Zinta had embraced motherhood via surrogacy. Sharing the happy news, she had also revealed the names of her munchkins — Jai and Gia. She had also thanked all the people, who had made her parenthood journey smooth and beautiful. 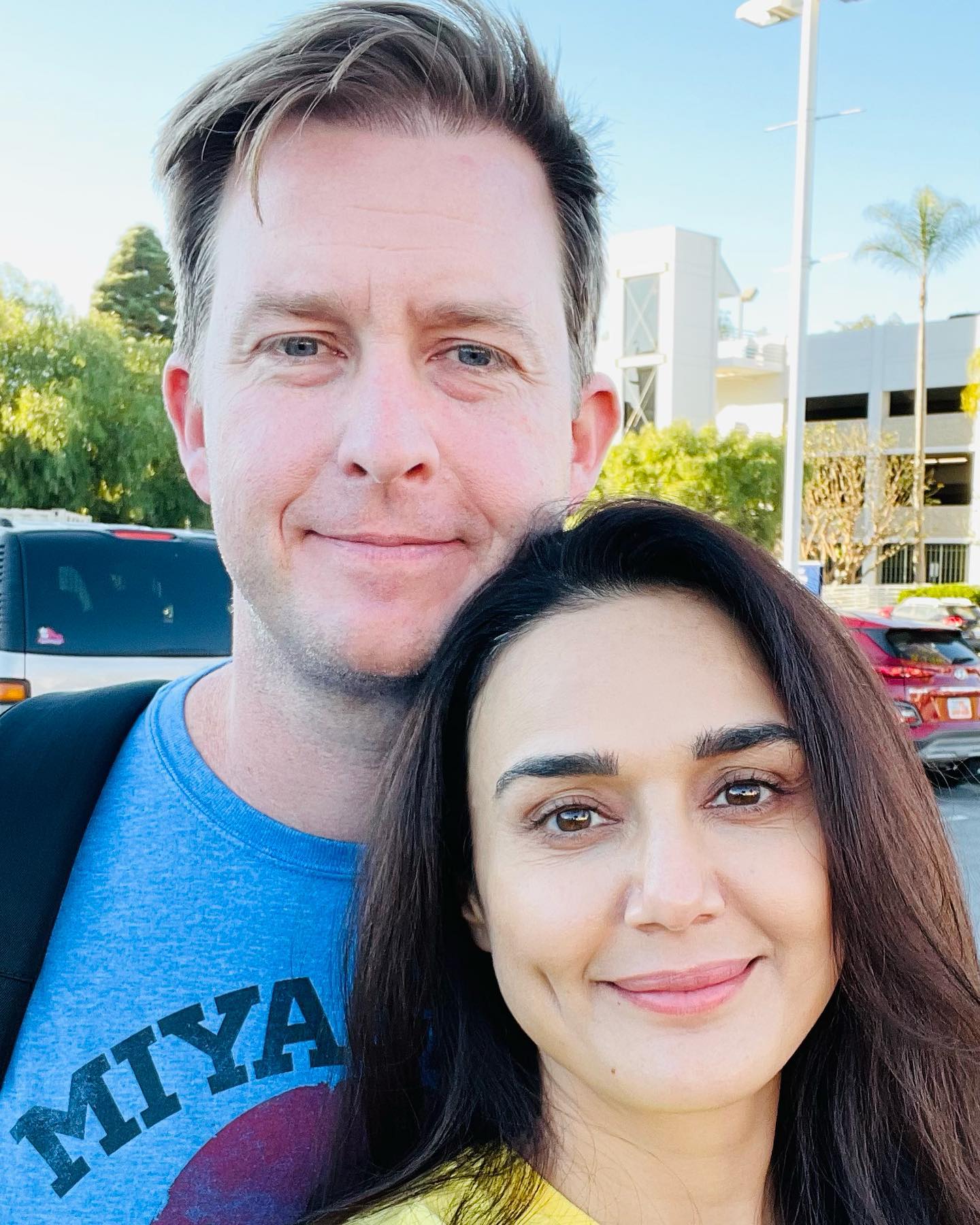 On May 8, 2022, Preity took to her Instagram handle and posted the first-ever picture of her twins. In the photo, Preity was seen holding her baby girl, Gia while her mother held her son, Jai. Her daughter wore a beautiful pink-coloured floral tutu dress with a matching headband. On the other hand, her son, Jai looked dapper in a checkered-print shirt. Check it out: Alongside it, Preity penned a heartfelt note for her mother. She shared that she wasn’t apprehensive of her mother’s worries and care. But now, Preity understands all her mother’s concerns. She prayed that her kids understand her better and become sensitive towards her. She wrote:

“I never understood why my mother called me so much, worried about me constantly & wanted to know my whereabouts, as I galavanted around the world as a teenager & an adult, till I became a mother. Now I’m beginning to understand it. From thinking of myself first, to learning to put my kids first, I’m beginning to understand what motherhood is all about. It’s beautiful, empowering & a bit scary. I hope my children are more sensitive & appreciative of me than I was towards my mother. Irrespective, I will learn to love my kids more & expect less like all mothers & do everything I can, so they grow up to be the best versions of themselves. Happy Mother’s day to all the mothers out there – today, tomorrow & everyday.” On April 20, 2022, Preity took to her Instagram handle and posted the cutesy IG stories. In the first picture, we could see two jerseys of her IPL team, Punjab Kings, and on it was written her twins’ names, Jai and Gia. Atop it, Preity had written:

“Game day. All the best @punjabkingsipl.” 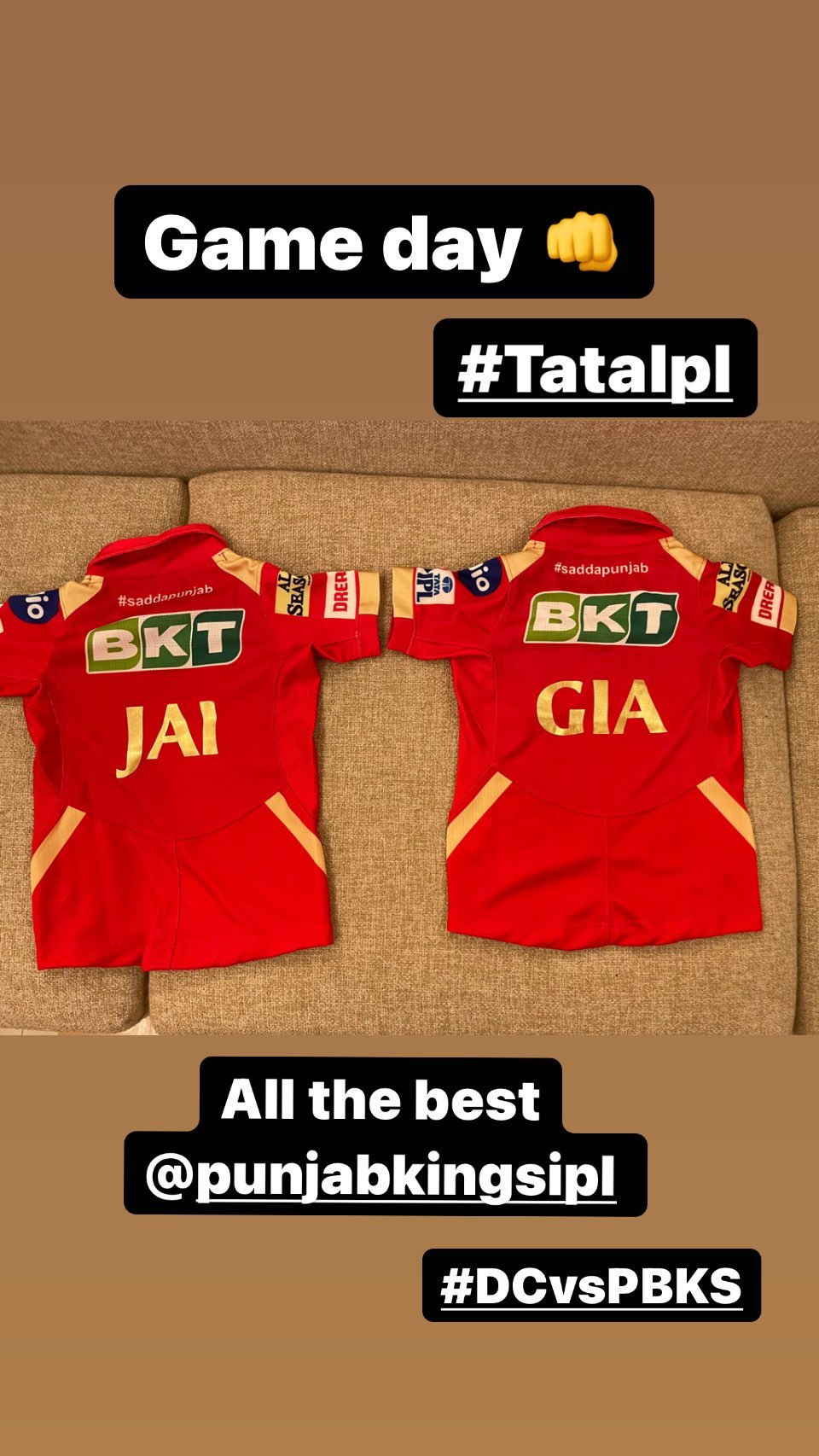 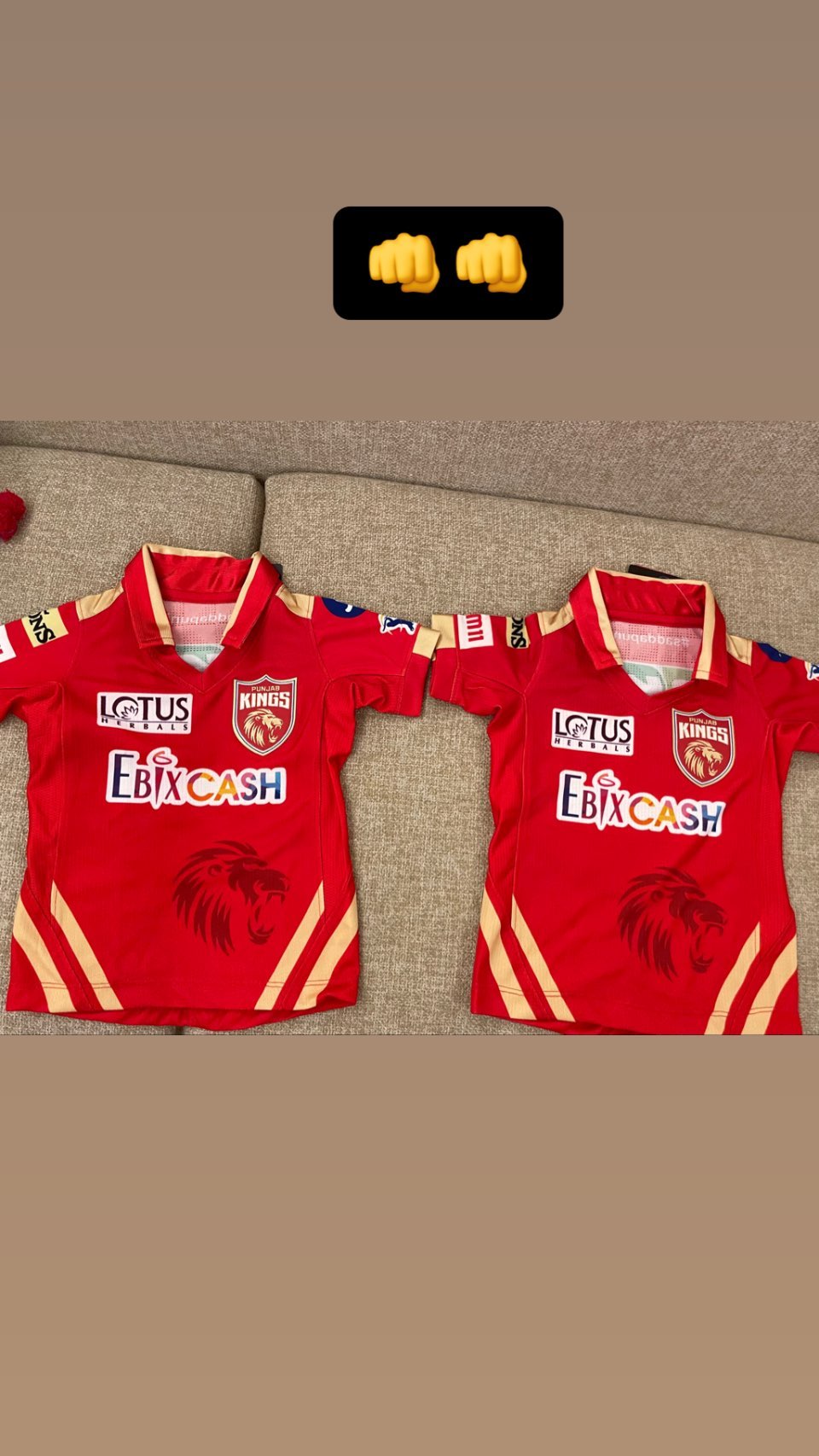