Photo Moment: Chiranjeevi on his way to Ananthapur 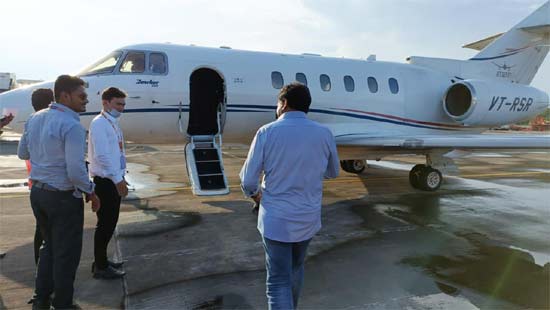 Megastar Chiranjeevi is all set to entertain audiences with his upcoming flick GodFather which is scheduled for a grand release on October 5th. Today the film’s pre-release event will be conducted at Government Arts college in Ananthapur.

Chiranjeevi posted a pic on his Twitter where he wrote ‘Vasthunna Mana Seema Ki Mee Prema Kosam’. The actor is about to start his journey for the pre-release event on a special chartered flight.

Within no time the post went viral with lots of love from fans. GodFather stars Nayanathara, Satyadev, and Samuthirakani in key roles. Bollywood superstar Salman Khan is playing a key cameo in the political thriller directed by Mohan Raja.