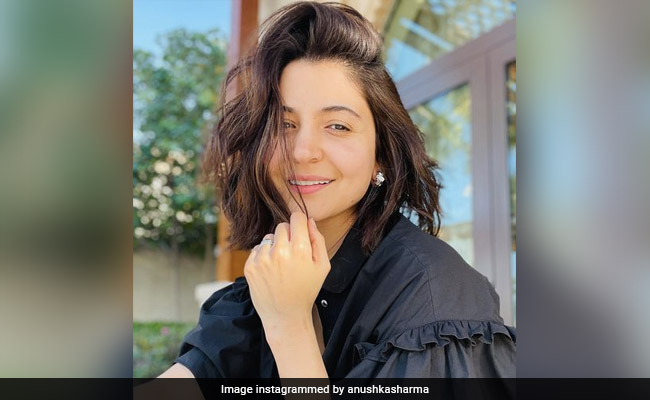 It is Bollywood superstar Anushka Sharma’s birthday today and wishes have been pouring in from all quarters. Friends, family and colleagues of the star have been sharing wishes and messages on the occasion. Among those wishing the actress is Anushka Sharma’s friend, actor Arjun Kapoor. Sharing a collage in which he seems to be recreating Anushka’s picture of herself chilling on a lawn, Arjun Kapoor said, “Mera Nature yeh hai ki main India’s very own Nature Girl Anushka Sharma ko ek Natural sa wish karun on her birthday from among phool, patti and lots of ped-paude! Have the best life Anushka Sharma. There is no one like you.”

Replying to the picture, Anushka Sharma wrote, “I know that this picture of you was already in your photo albums.”  To this, Arjun Kapoor said, “Anushka, you were my reference when I made them take this picture… wanted to pay u a proper tribute.”  Following this, Anushka Sharma said, “ It’s a TRIBUTE!”

That’s not all. Arjun Kapoor further added, “Tu photo detail main itna na jaa, mera emotion dekh yaar… (Don’t get into the details of the photo, focus on my emotion).” Anushka Sharma then said, “Details mein jaana is my forte! Your caption alternative- ‘Happy birthday Anushka! May the grass on your side always be green and may I always be blessed with your friendship to remind me to water mine !’- there! You’re welcome!”

Arjun Kapoor replied, “Anushka, chal now we know u can be a translator if I ever watch Virat batting with Hindi commentary…Thanks a lot…” 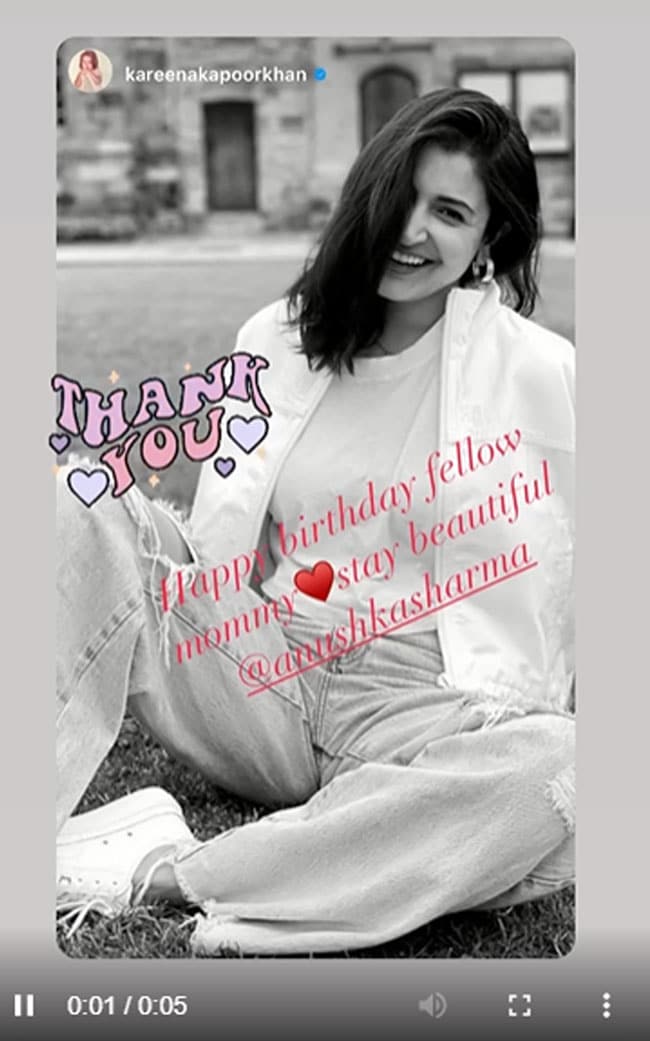 Athiya Shetty too wished the star on the occasion and said, “Happy birthday Anushka Sharma. Wish you love and happiness always.” 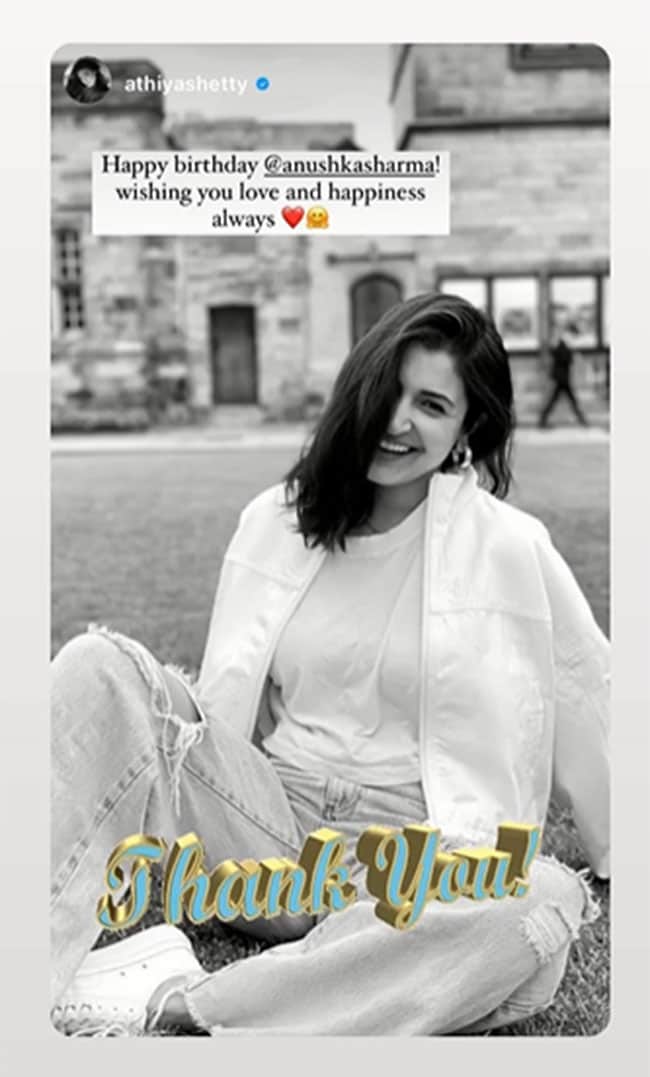 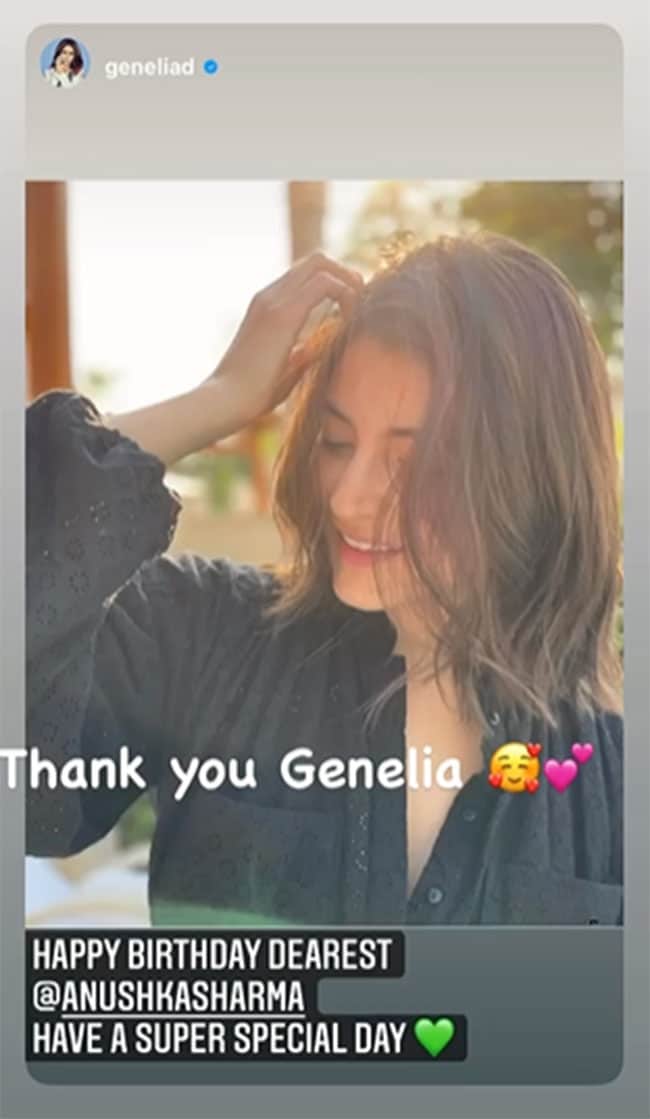 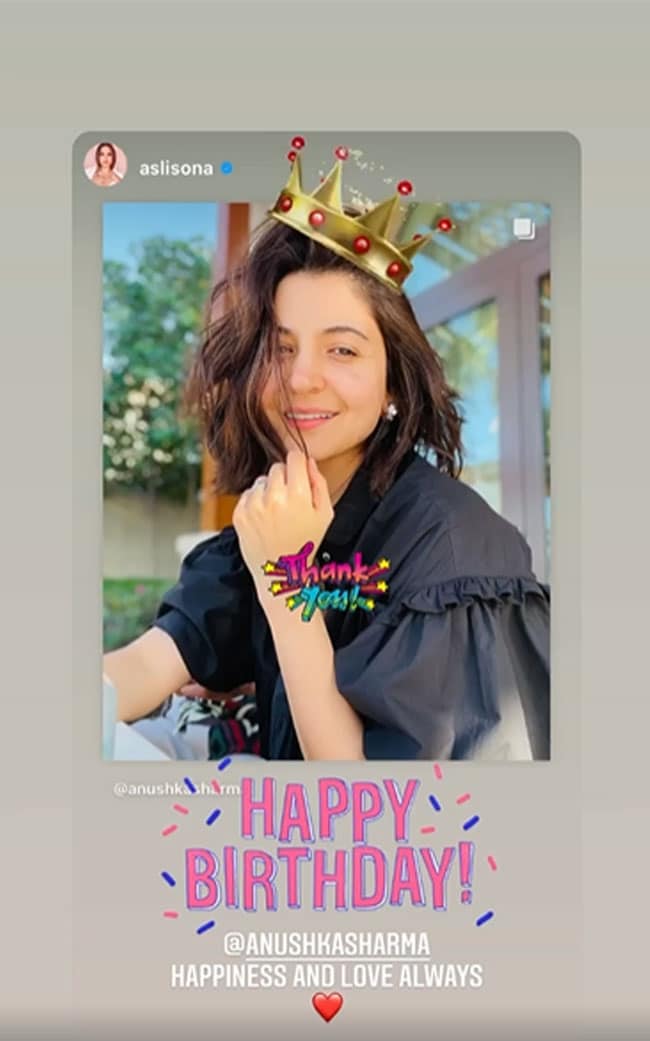 Vikrant Massey wished the star saying, “May you continue inspiring this generation with your simplicity, grace, and humility for years to come!” 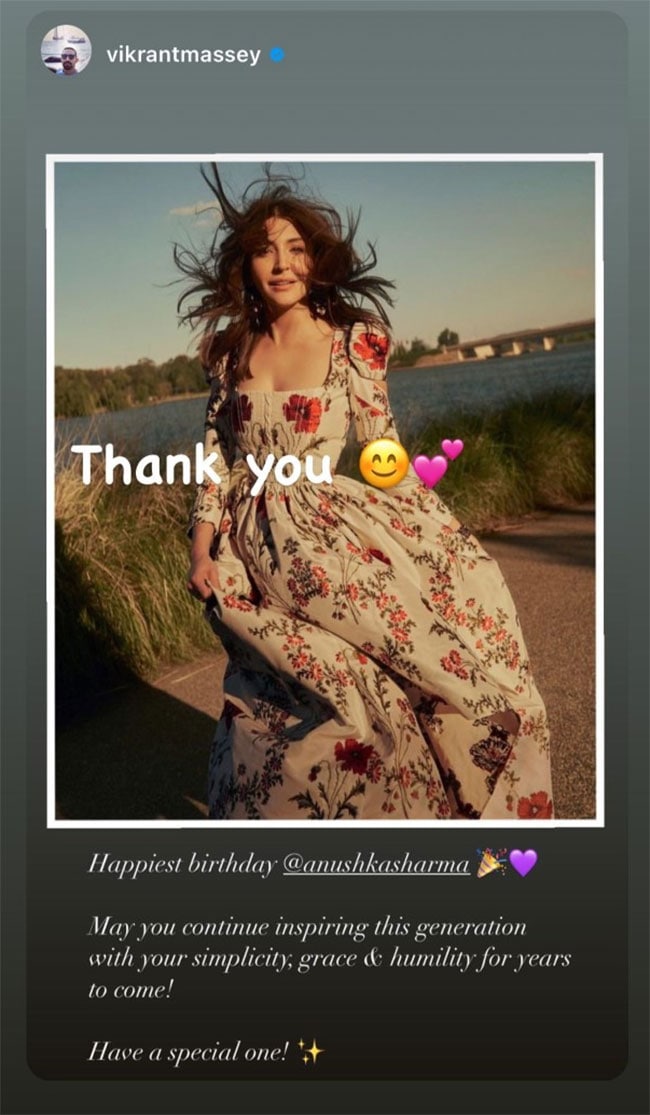 Bhumi Pednekar too wished the “sunshine girl” on her birthday. 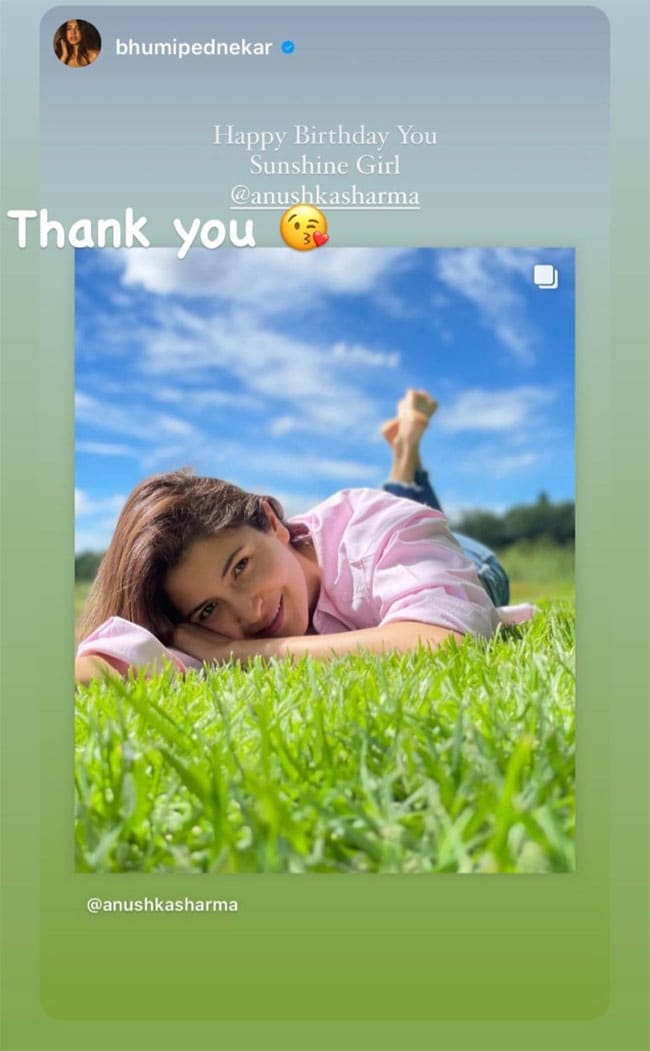 Aditi Rao Hydari said, “Happiest birthday Anushka Sharma. Happiness, love and respect for you and everything that you do.” 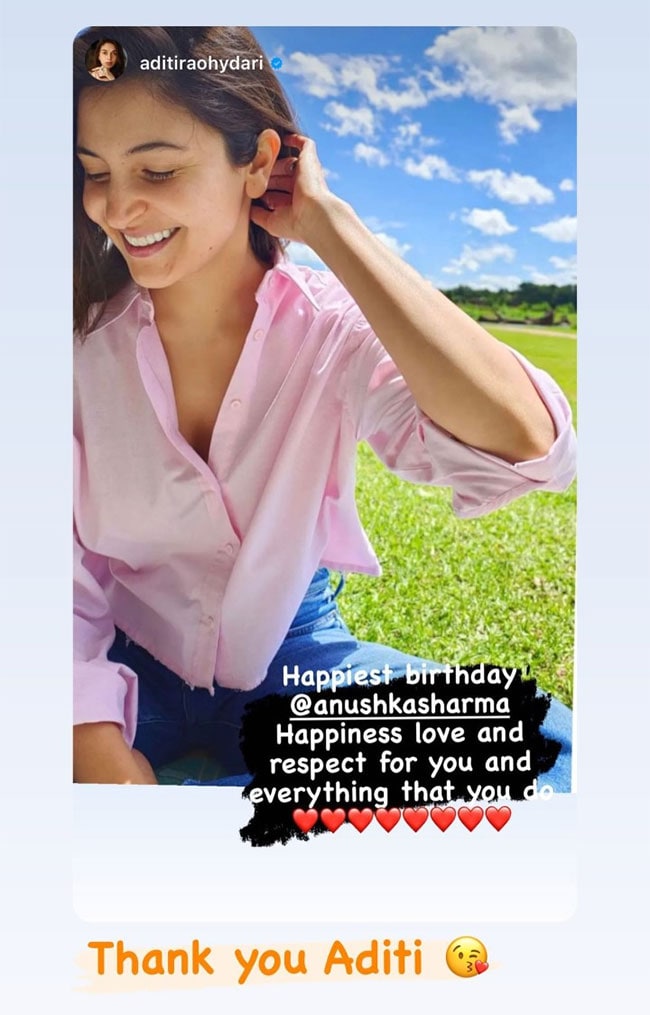 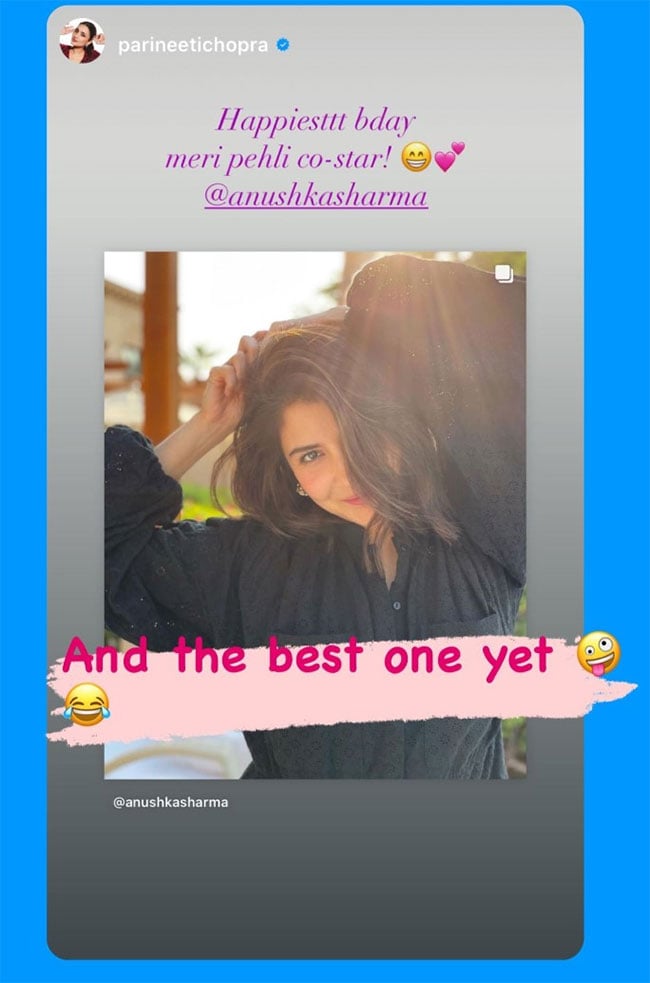 On the work front, Anushka Sharma will be seen next in Chakda ‘Xpress.