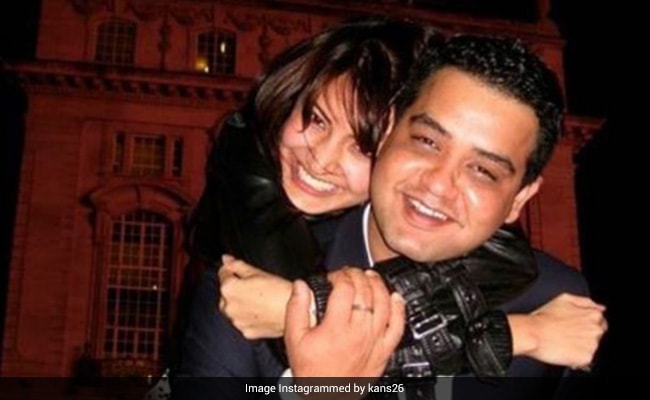 Anushka Sharma is celebrating her 34th birthday today, and her brother Karnesh Ssharma has an adorable wish for her baby sister. The producer shared an unseen picture of the duo, wherein Anushka can be seen giving a tight hug to her brother. In the post, the brother-sister duo is twinning in black-Anushka is wearing a black leather jacket while her brother is looking dapper in a formal outfit. Sharing the image on his Instagram stories, he wrote, “Happy happy for rest of your life Anushka Sharma,” along with heart emoticons. 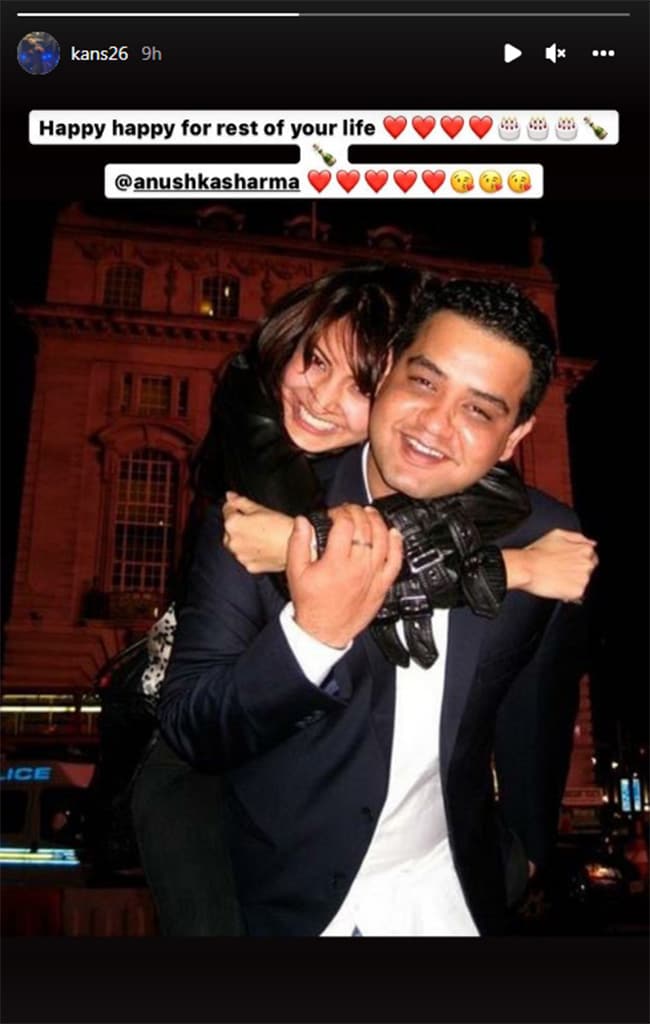 For the uninitiated, Anushka Sharma, along with her brother Karnesh launched their production house Clean Slate Films. However, last month the actress stepped down. Her statement read, “When I started Clean Slate Filmz with my brother Karnesh Ssharma, we were novices when it came to production but we had a fire in our belly and we wanted to try and set the agenda of entertainment in India through clutter-breaking content. Today, when I look back at our journey so far, I’m deeply proud of what we have created and the disruption that we have managed to achieve. While CSF started with my vision to change the narrative of what commercial projects should be like, I have to credit Karnesh who has excelled in shaping what CSF has become today. Being a new mother who has chosen to be an actor by profession, I have to balance my life in an entirely new fashion like never before. So, I have decided that whatever time I have at hand, I will dedicate it to my first love, acting! Therefore, I have decided to step away from CSF, confident that the most able person, Karnesh, is taking forward the vision with which it was created in the first place.”

Meanwhile, on the work front, Anushka Sharma will be next seen in her upcoming sports film Chakda Xpress, a biopic on Indian women cricketer Jhulan Goswami.