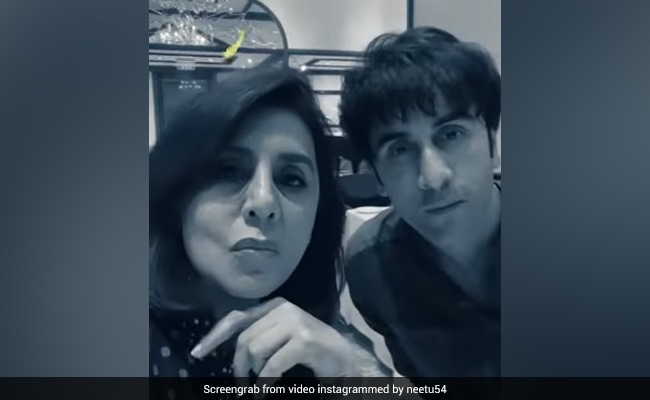 Promotions for Aamir Khan’s Laal Singh Chaddha have begun with a bang. Keeping up with the latest trends on social media, the film’s team has introduced an Instagram filter and challenge, named the Laal Singh Chaddha feather challenge. And latest on the list of celebrities who have taken part in the challenge is Neetu Kapoor. And, joining her in the fun video is her son, actor Ranbir.  In the clip, the mother-son duo is seen enjoying the challenge while at dinner. Sharing the video, Neetu Kapoor wrote, “At dinner and attempting Lal Singh Chaddha filter.” Replying to the post, Riddhima Kapoor Sahni, Ranbir’s sister, dropped two heart emojis.

Ranbir Kapoor’s cousin, actress Kareena Kapoor Khan, who will be seen in a lead role in the film, also reshared the video on Instagram Stories. Sharing the clip, she added a “love it” sticker. 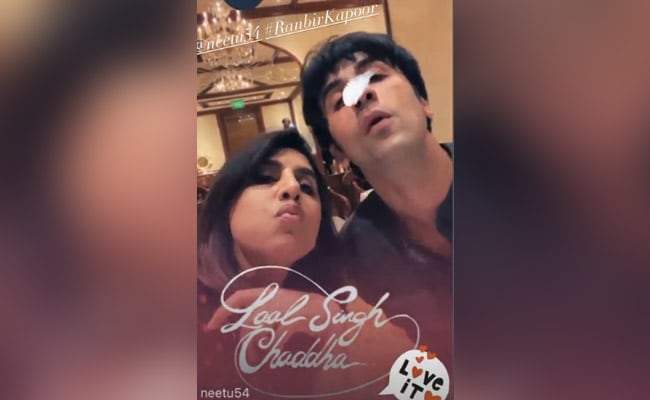 The Aamir Khan-starrer, which saw several changes in release date, will now be released on August 11, 2022. Sharing the first song from the film, Aamir Khan Productions wrote, “Loved all your guesses for #KyaHaiKahani. Time to reveal the Kahani! Thrilled to share #Kahani, a very special song from #LaalSinghChaddha. We hope Pritam, Amitabh, and Mohan’s magic will leave you with an everlasting smile!”

Soon Kareena Kapoor also took the challenge and shared her experience of working on the film. In the caption, she wrote, “This Laal Singh Chaddha filter is just as sweet as the journey I’ve had while shooting for the film,” with a heart emoji.

That’s not all. Kareena Kapoor and Aamir Khan also took the challenge together in a video. “Here’s the feather challenge with my hero!” Kareena wrote sharing the video.