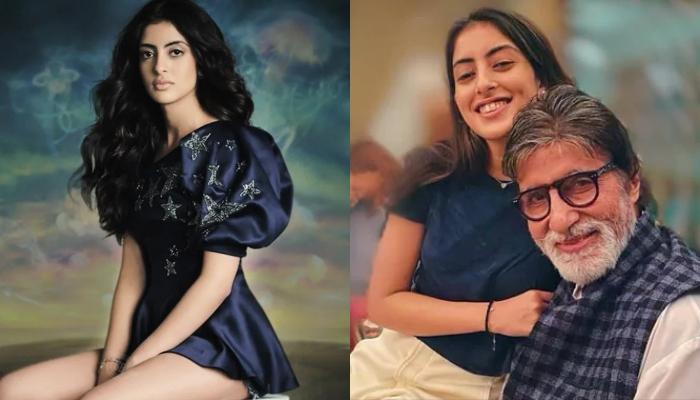 Legendary actor, Amitabh Bachchan never fails to shower his immense love on his grandchildren, Navya Naveli Nanda, Agastya Nanda and Aaradhya Bachchan. He might not praise his kids, Shweta Bachchan or Abhishek Bachchan, that often, but he makes sure to celebrate every accomplishment of his grandkids. And indeed, he is a doting grandpa, which is proved by the cute social media banters of the grandfather-and-grandkids.

Amongst all, Amitabh Bachchan shares a beautiful bond with his granddaughter, Navya Naveli Nanda, who herself is counted among one of the entrepreneurs of her generation. On September 20, 2021, Amitabh had shared a beautiful video of Navya. In the video, we could see Navya melodiously playing the piano and looking like a pro in it, even after being a self-taught pianist. Sharing it, the proud grandfather had written:

“Navya on the Piano. The admiration and pride of a Grandfather towards his Granddaughter, Navya Naveli. Self-taught, playing through memory.”

Recommended Read: Aayush Sharma’s Grandfather Gets Admitted To Hospital After He Suffered From A Brain Stroke

On May 6, 2022, Navya Naveli Nanda took to her IG handle and shared a stunning picture of herself. In the picture, she was wearing a white-coloured T-shirt and atop it, the quote read “K se Kansent.” Sharing the picture, the celeb kid wrote, “K se … ? Consent. Use it. Ask for it.” As soon as she shared the picture, her nanu, Amitabh Bachchan, mother, Sweta Bachchan and mamu, Abhisekh Bachchan was quick enough to react to it. Check out their reaction: 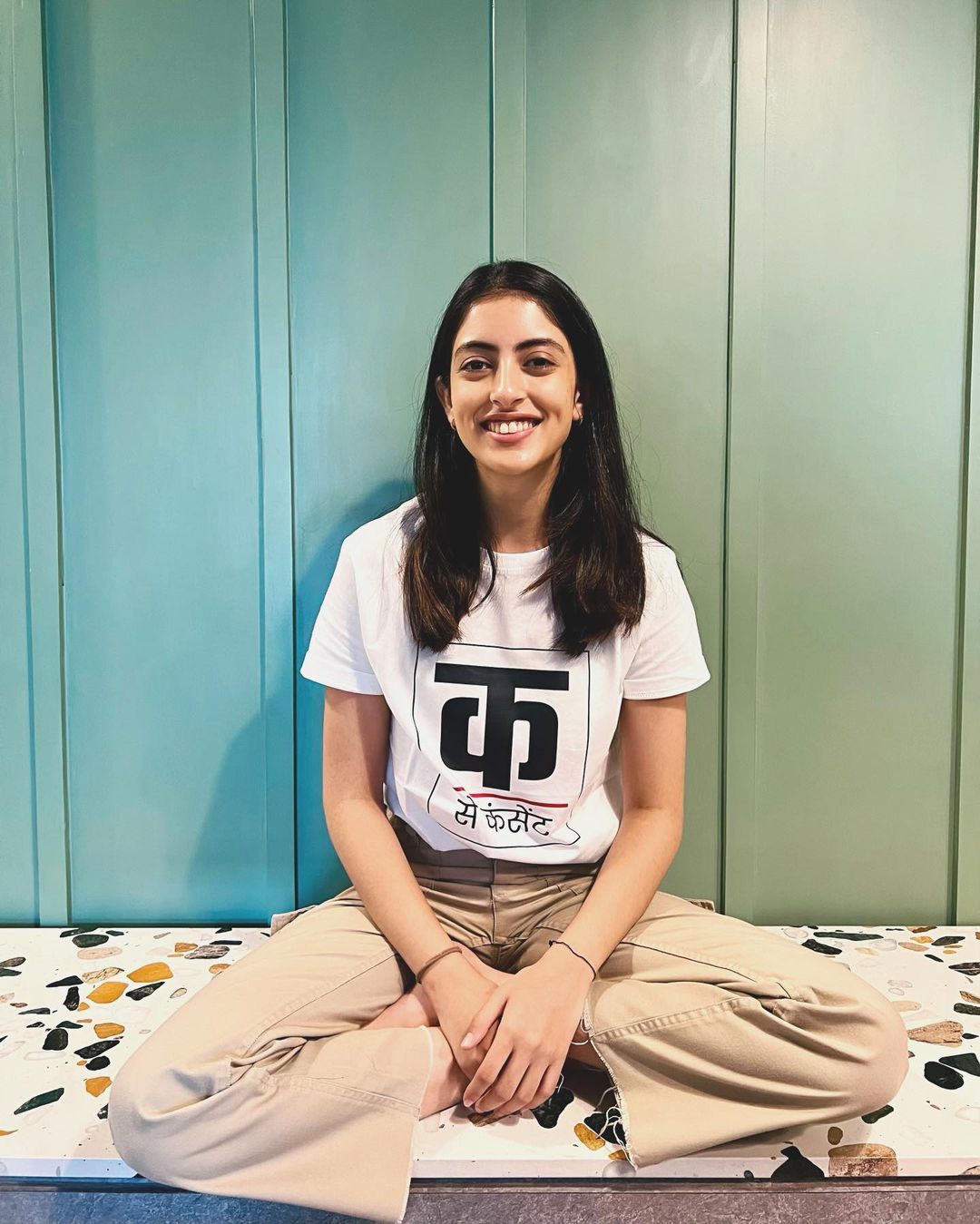 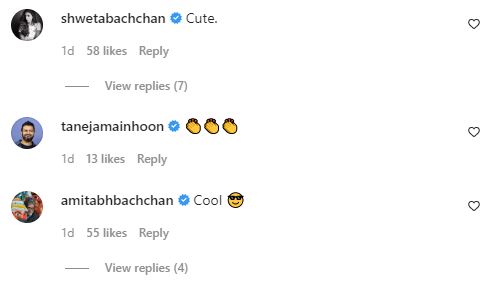 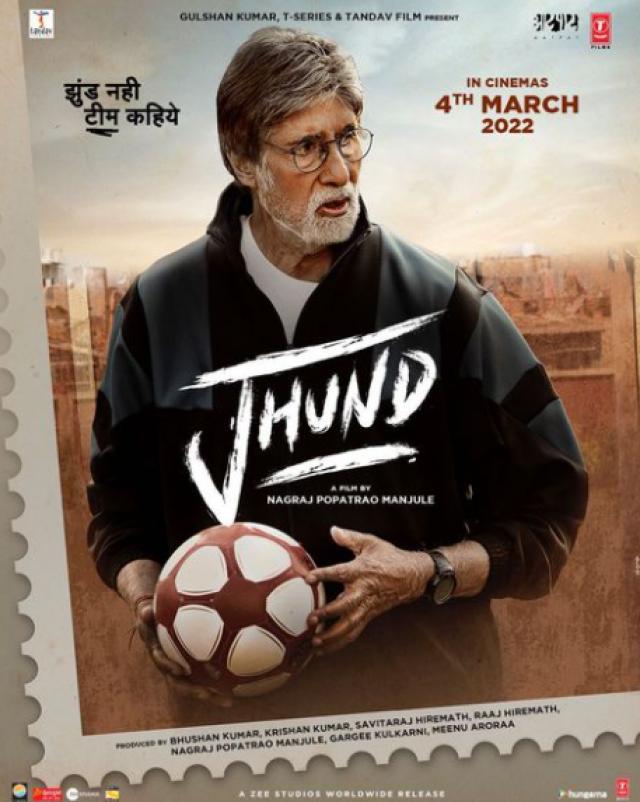 As soon as Amitabh Bachchan dropped the poster, his fans showered immense love on him for doing such a challenging role in the film. However, it was his daughter, Shweta Bachchan Nanda, his granddaughter, Navya Naveli Nanda and his son, Abhishek Bachchan, whose comments on his post had caught our attention. The support was indeed setting pure family goals.

What do you think about Amitabh’s cute gesture for Navya?