Bengali model Manjusha Niyogi was found dead in her Kolkata apartment on May 27. Her mom exclusively told IndiaToday.in that Manjusha wanted to live with her close friend, Bidisha De Majumdar, who committed suicide recently. 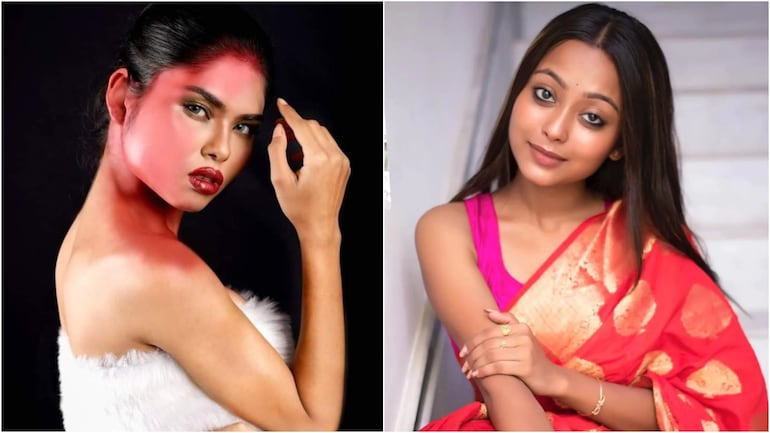 Bengali model Manjusha Niyogi was found hanging from the ceiling of her room in Kolkata. Her suicide comes after another Bengali model’s death, Bidisha De Majumdar. Bidisha had also committed suicide two days ago. The two were very close friends. Manjusha’s mother has now told IndiaToday.in that her daughter wanted to live with Bidisha. Her mom also said that Manjusha had hinted at her death soon after Bidisha was found hanging.

Manjusha Niyogi, a popular model, was found hanging from the ceiling of her room in her Kolkata residence. She stayed with her family in Kolkata’s Patuli area. Manjusha’s mother told IndiaToday.in, “My daughter used to constantly state that she wants to stay with Bidisha. She used to speak about Bidisha constantly. I scolded her when she told me that very soon media will focus on our house just like Bidisha’s.” Both Manjusha and Bidisha were small-time model and actors. They were also very close friends.

Manjusha Niyogi was found hanging at her residence on May 27. The model’s mother also claimed that she was suffering from acute depression after the death of her close friend, Bidisha De Majumdar. Manjusha Niyogi’s body was sent to a hospital for post-mortem examination to ascertain the cause of death, a police officer said.

Before Manjusha, Bengali model-turned-actress Bidisha De Majumdar was found dead in her apartment in Dum Dum, Kolkata. The 21-year-old actress used to live in a rented flat there since the last four months. The police recovered her body from her flat at Nagerbazar area on May 25, evening. They entered her house by breaking the door, where she was found hanging. The Barrackpore Police has already started the investigation in this case.

According to a source, police also recovered a suicide note from Bidisha’s flat. The deceased model had a boyfriend named Anubhab Bera. Her friends have claimed that she was in depression due her relationship with him.