This article is part of our coverage of the 2022 Netflix Is a Joke: The Festival.

During an era of “wokescolds” on the left and free speech panic from the right, comedian-actor Larry David remains the same. It’s been 20 years since the first episode of Curb Your Enthusiasm aired, and David’s semi-fictional persona of a man with zero social awareness or ability to learn from his mistakes still draws an audience in the far more tense political climate of 2022. In fact, the long-running HBO series was recently renewed for a 12th season.

In a conversation with fellow Curb alum Robert B. Weide at Netflix Is A Joke: The Festival in Los Angeles, the 74-year old comedian was asked to explain, basically, why his show still exists. “How have you not been cancelled? How do you get away with this?” asked Weide.

The comedian and actor had just given a run-down of a number of third-rail topics used as comedic fodder in recent episodes of Curb: Incest. Battered women. The disabled and the mentally ill. Homophobia and transphobia. Bestiality. Child molestation. The Holocaust and 9/11. The mentally ill. Stereotypes about practically every race and religion.

“I don’t know. It’s a very good question. I don’t know why. I don’t like to think about it too much,” said David with his usual stammer.

He then offered up something slightly more reflective. “Well, here’s the thing. There were fans of the show, they liked the show. And they have a good sense of humor. The fans of the show don’t care about political correctness,” said David.

But David agreed when Weide pointed out that his schtick of playing dumb to social norms has kept him out of the hot water — because on Curb, Larry is always the butt of the joke, and even when he means well, he makes the situation worse. When he doesn’t, the situation blows up in his face, and on the rare occasions when Larry comes out on top, viewers know it’s a matter of time, because his chronic inability to grasp society’s unwritten rules makes daily life a struggle.

Weide bought up an episode from Curb’s fourth season entitled “The Surrogate,” where he thoughtfully purchases a biracial doll as a baby shower gift, but then completely ruins it when he blurts out, “It’s a mulatto.”

“You’re just the idiot who didn’t get the memo, and I think that buys you a lot,” said Weide.

“Yeah, I think idiots can get away with a little bit more than the more intelligent brethren,” said David.

David also recalled the early days of his career in New York City, when he was, as Wiede put it, “unemployable.”

“I had no faith that I would ever do anything with my life. I used to walk the streets and sometimes I would be looking for places where I could live when I was homeless. Like, that’s a decent spot. I could do that one,” he said. 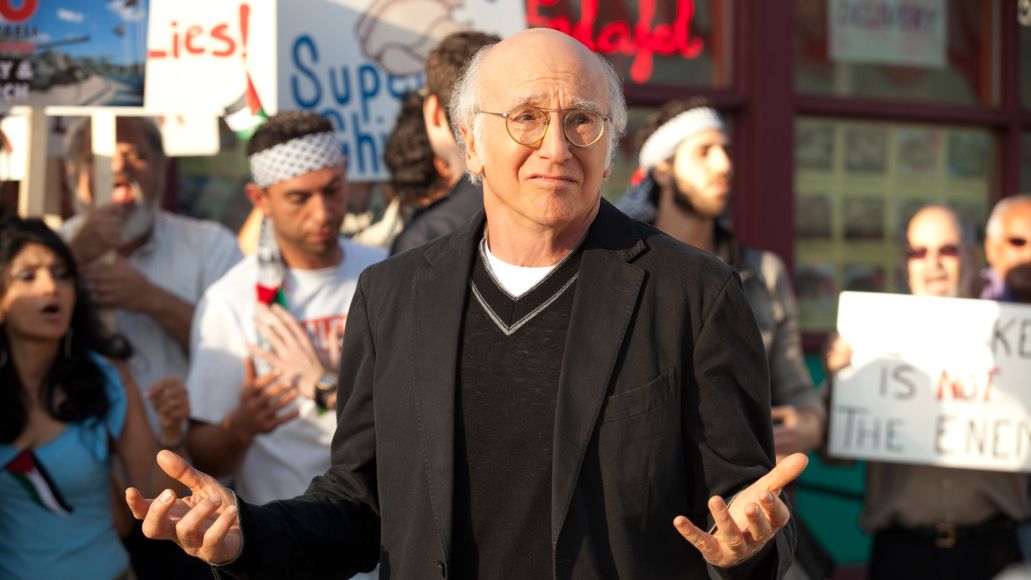