Mangaluru, May 1: The much-awaited video song Nach’pinn produced by Melshan Entertainment was released on Dajiiworld’s YouTube channel on April 30, Saturday. Immediately after the release, the song was much hailed by the critics and viewers for the concept and its unique way of visualization.

Melcome Lobo, Vamajoor is featured in the song as a solo communicator with earth. In the story, he requests the earth to be calm and dance rhythmically as per its rules. The dancers are representing nature in a symbolic way and dancing their own style. Talented and trending singer from Mangalore Jason Lobo filled the life of the communicator with his melodious voice. In another way it looks like the song is meant for his unique voice. 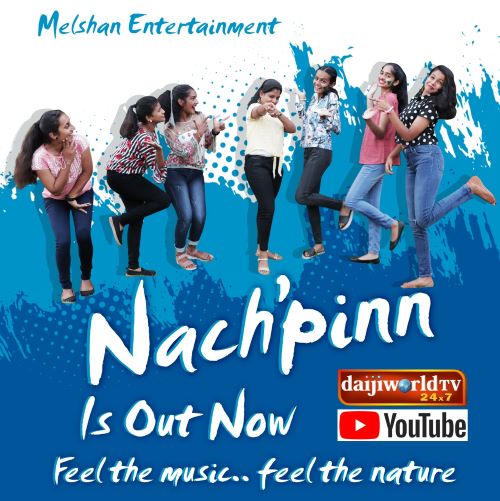 Known musician and experienced music director Ashith Pinto has tuned the song with soothing music. Listeners can understand he travelled along with the lyrics of Nach’Pinn and its philosophy. Every note of the music of Nach’pinn gives a new feel which absolutely connects with nature.

Another highlight of Nach’Pinn is its lyrics. Director-writer Stany Bela has penned the meaningful lyrics for the song. As usual he kept his standard in the lyrics with rich words and metaphors. Many Konkani words he has used in the song Nach’Pinn are very rare to hear.

The song was recorded at Daijiworld Audio Visual Pvt Ltd , Mangaluru and mastered and mixed by Srinivas Srikanth from Chennai. Damayana fame Keerthan Balila has programmed the music. Herwin Vamanjoor worked as production director in the project Nach’Pinn. The song is shot in the surroundings of Mangaluru, Moodbidre to Bantwal.