Koffee With Karan has been in the news for the past few days, albeit the tweets that Karan Johar has been posting about its updates. While it all started with the rumour that the show is shutting down, it was later revealed that the show will now only stream on OTT. Now we got a glimpse of the K3G filmmaker posing on the new sets designed for Koffee With Karan Season 7. 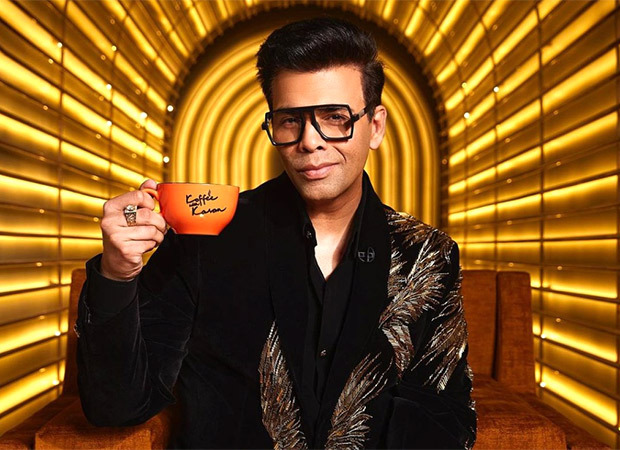 Karan Johar was seen posing in his flamboyant all-black outfit amidst golden and yellow lights backdrop. The filmmaker shared these photos to give fans a glimpse of the new sets from Koffee With Karan 7. Sharing it on Instagram, Karan captioned it saying, “Back to brewing some koffee!☕️ #KoffeeWithKaran #HotstarSpecials @disneyplushotstar @dharmaticent.” Here have a look at the post:

Karan Johar is super excited about hosting this new season. In one of the earlier reports he spoke about Koffee With Karan 7 where he said, “The beans have been roasting long enough, and it is now time to finally brew them. It is an all-new season of Koffee With Karan and I cannot wait for my friends and guests to make a run for the esteemed coffee hamper as the audience watches the show only on Disney+ Hotstar this time. Viewers can expect this season to be more entertaining with fun segments, style, coming closer to your favorite stars, filled with glam and wit, making it bigger and better.”

Speaking about the show, Koffee With Karan Season 7 will stream on Disney+ Hotstar from June onwards.