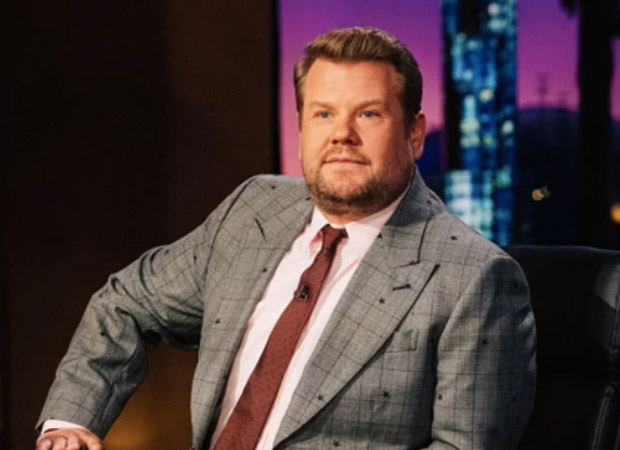 According to People magazine, the 43-year-old English comedian announced his decision during the taping of Thursday’s episode of the show, which he began hosting in 2015. The English comedian began by telling his audience that he signed a new contract to carry on hosting the show for the next year. “Seven and a half years ago, I started hosting this show. And there is no other way to put it, it has changed my life. I love it,” he said. “I love all the people that work here. I am so proud of what we’ve achieved. It’s been beyond my wildest, wildest dreams. So I’m happy to announce today that I’ve signed a new contract, to carry on hosting The Late Late Show.”

“The other half is, the sadder news is, I’ve decided to sign on for one more year on the show and that this will be my last year hosting The Late Late Show,” Corden added. “This will be my last year hosting the show. When I started this journey, it was always going to be just that. It was going to be a journey, an adventure. I never saw it as my final destination, you know? And I never want this show to overstay its welcome in any way. I always want to love making it. And I really think in a year from now, that will be a good time to move on and see what else might be out there. But I’ve got to tell you, we are not leaving today!” Corden reassured his audience. “We still have a year to go and we are all determined to make this the best year we have ever had making this show. We are going to go out with a bang.” Corden promised that there will be “Carpools, and Crosswalks, and sketches and other surprises.”

“And there will be tears. There will be so many tears,” he continued, fighting back his own. “‘Cause this has been the hardest decision I’ve ever had to make, it really has. I’ve never taken this job for granted. Ever. Not once. And…the fact that you watch us at home. Or you watch us online. Wherever you are, all over the world. The fact that we get to try and entertain you and spend time with you, is an absolute privilege for me and every single person who makes this show. Here’s to the next 12 months and it’s going to be a blast, I promise you that.” Corden’s departure was first announced earlier on Thursday. The host told Deadline he would be leaving the CBS talk show in Spring 2023, calling the news “a really hard decision.”

“I’m so immensely proud of the show,” he said, referring to the late night series as the “most joyous working environment. I’m thrilled to be extending [for a year],” Corden continued. “I always thought I’d do it for five years and then leave and then I stayed on. I’ve really been thinking about it for a long time, thinking whether there might be one more adventure. I’ll miss the adrenaline of thinking ‘Next week I’m going to jump out of a plane with Tom Cruise or in two weeks’ time, we’re going to drive around the White House in a car with Michelle Obama or sing Penny Lane with Paul McCartney driving down Penny Lane,” he added. “All of my greatest ambitions for what it what [the show] could be, it’s absolutely surpassed all of them. My intention is to try and go out in exactly the same way we came in, which is just going out with a bang.”

James Corden will have hosted The Late Late Show for eight and a half years by the time he departs. The Late Late Show, which films out of Los Angeles, first premiered in 1995 with host Tom Snyder. Craig Kilborn and Craig Ferguson followed as host until Corden came along in 2015. The Corden-fronted show premiered on March 23, 2015. In addition to the candid interviews with celebrity guests, the series also became known for many of its viral segments, including Carpool Karaoke, Spill Your Guts and Crosswalk Musical.

Also Read: James Corden addresses backlash received from fans for calling BTS’ diverse fandom as ’15-year-old girls’ – “I hope they know that we would never do that again”