Starring Victor Banerjee and Raima Sen, Thinking of Him explores Rabindranath Tagore’s relationship with Argentine writer Victoria Ocampo. The film releases on May 6. 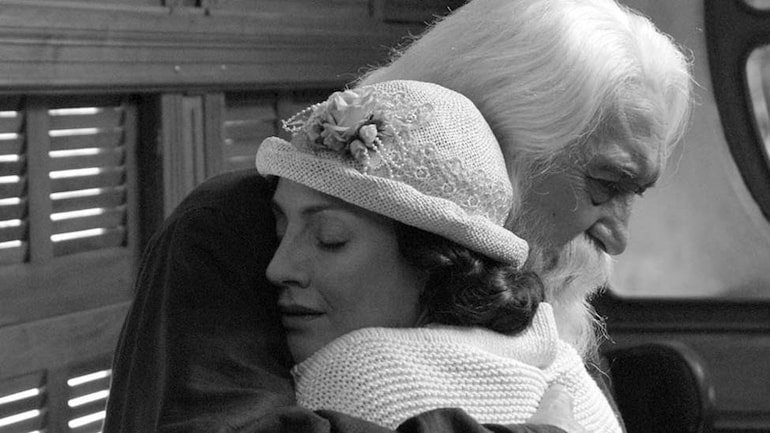 Thinking of Him to release on May 6.

Argentinian film director Pablo Cesar’s film Thinking of Him, which is based on Nobel laureate Rabindranath Tagore’s relationship with Argentine writer Victoria Ocampo, is all set to release on May 6. The film has been co-produced by filmmaker Suraj Kumar.

THINKING OF HIM TO RELEASE ON MAY 6

Thinking of Him explores the relationship Rabindranath Tagore shared with famous writer Victoria Ocampo. After reading the French version of Gitanjali, Victoria became a big fan and was very fond of Tagore. It is said that during his Bueno Aires visit in 1924, when Tagore fell seriously ill, she took care of him. Rabindranath Tagore left Buenos Aires on January 3, 1925, after fully recovering from his illness. While Rabindranath was 63, Victoria was 34 back then. Speaking about his experience of working in India, Pablo César said, “It was a unique experience to shoot in India. I have known India since 1994, although it is difficult to know all of India. But over the years I have understood many things about the idiosyncrasies and behaviour of people from many places in India, a country that I personally admire.”

THE CAST OF THINKING OF HIM

Thinking of him stars Victor Banerjee in the role of Tagore and the Argentine actor Eleonora Wexler in the part of Victoria. The film also stars Raima Sen and Héctor Bordoni in important character roles.