The train tickets are booked and the suitcase is packed and ready but Annarapu Narender is still in a state of daze. “Displaying my works at Jehangir Art Gallery has been a dream since my student days; I can’t believe it is happening now,” says the Hyderabad-based artist. Narender’s solo show ‘Music of the Heart’ will be on from May 3 to 9 at Gallery 2 of Jehangir Art Gallery in Mumbai.

With 20 sketches and 32 paintings, the abstract canvases of cubes and layers with a multitude of images in them appear three-dimensional. “People are drawn to a painting of geometrical shapes and strokes as it gives a feeling of having two or three figures in it,” says the artist describing the joy of finding a figure in a cube on canvas. Music, dance, different stages and moods of a woman, gestures and romantic expressions of a couple have been his themes and the artist has developed his own technique to bring them alive on canvas. “I want my paintings to evoke positivity,” he says. 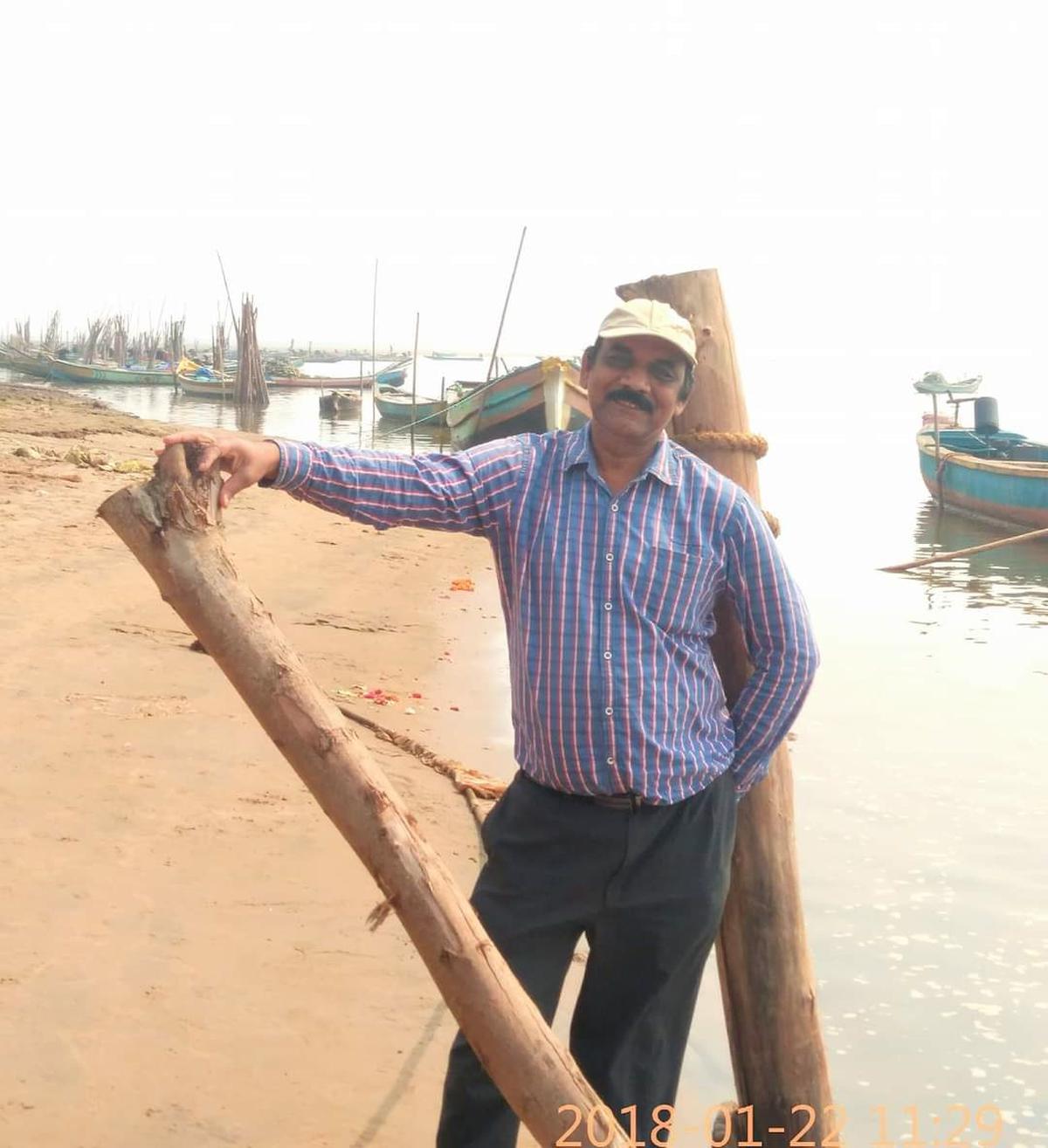 His love for music is depicted with a series of images focussing on a singer’s expressions and musical instruments. “A vocalist’s expressions during an alapana, turning to one side while singing or a turn of expression create many impressions. It is interesting to convey a singer’s passion on canvas,” he says. 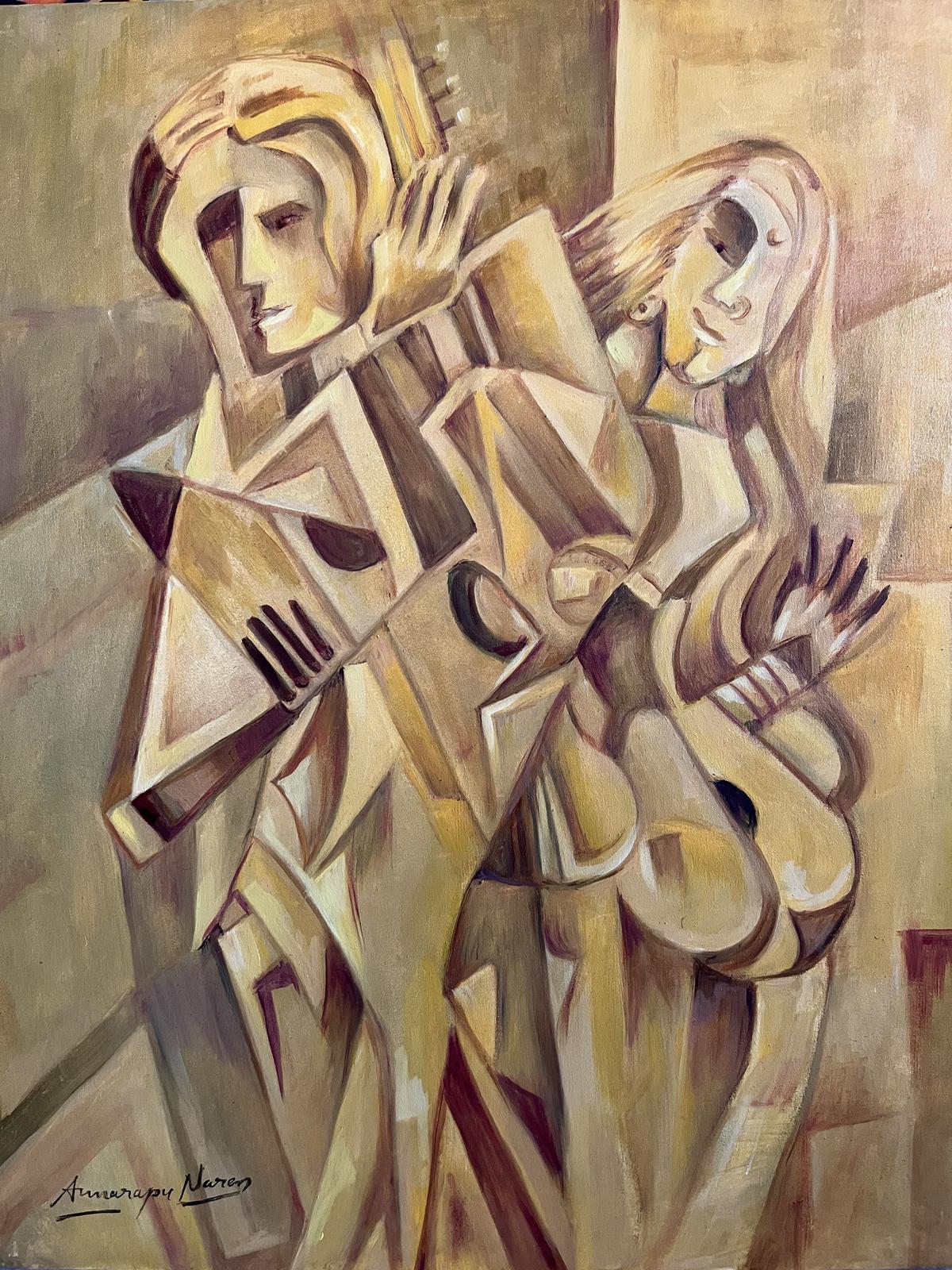 A Fine Arts student, Narender was 23 when he went to Delhi at the invitation of his friend M Shankar, to work as a curator at the National Gallery of Modern Art. Since it was summer, Narender preferred to stay indoors and read about masters such as MF Husain, Rabindranath Tagore and Ramkinkar Baij in the library than pursue an art career in a new city. “I struggled a lot to create my style, but I have stuck to it. When emotions are conveyed on canvas, the work — though abstract — feels like a visual story, with its form, composition and colours,” he elaborates. 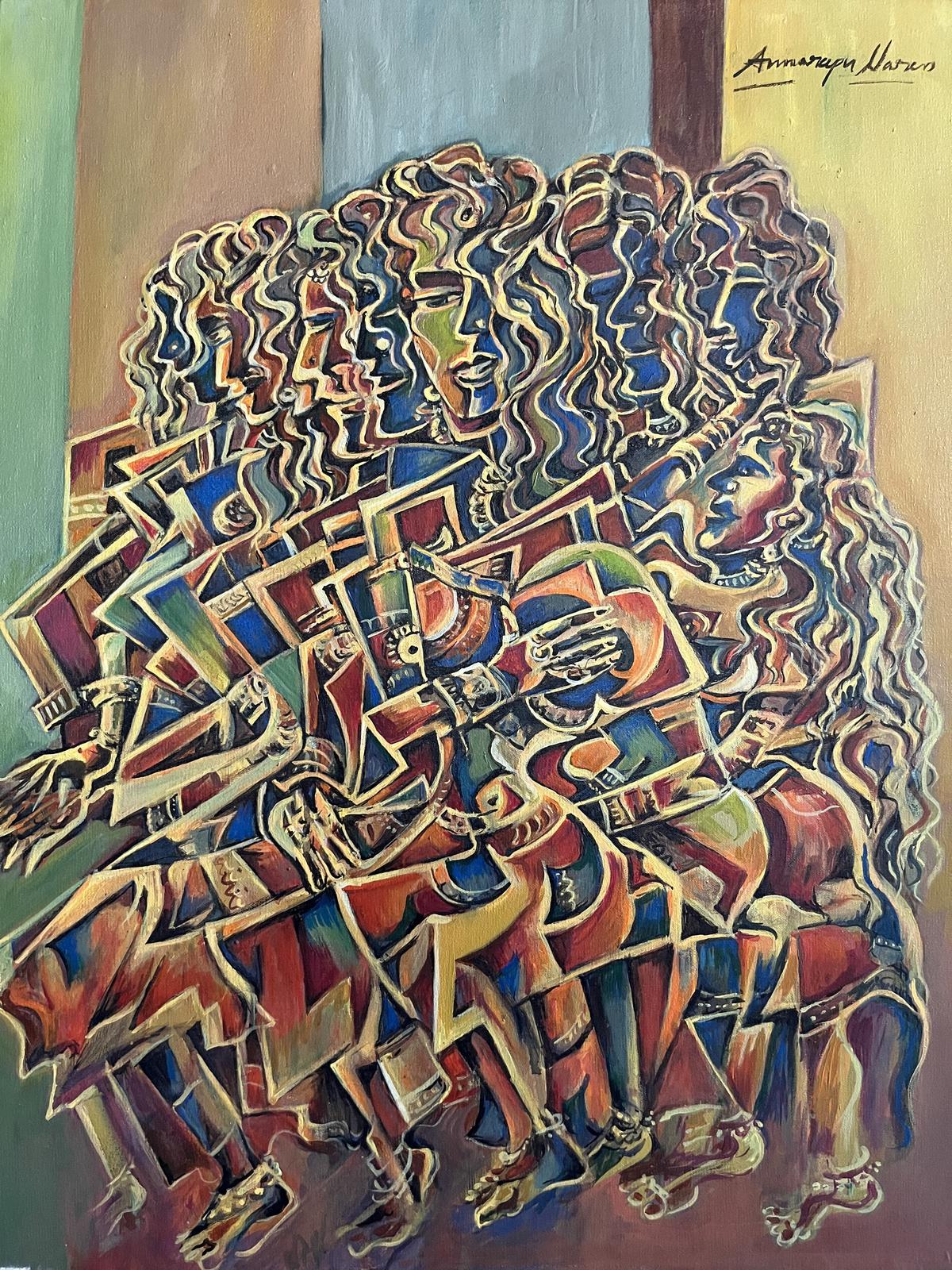 His family could not comprehend his love for the ‘triangles and lines’ in his abstracts and coaxed him to go in for portraits; but he was fixed on the lines that took different forms. He also worked as an art teacher in private schools and a tutor to the grandchildren of former chief minister (late) NT Rama Rao. A tough phase when his wife and son had health issues only created a deeper bond with art.

Now he looks forward to opening a new chapter with the show at Jehangir Art Gallery.