NEW DELHI: Those who praised ex-couple Hrithik Roshan and Sussanne Khan for maintaining a strong relationship even after they’d split up will appreciate them even more for making sure to take out time from their hectic schedule for their children – Hrehaan and Hridaan.

On Sunday, the former couple were spotted as they visited a restaurant for a lunch outing with their children. The ‘Jodha Akbar’ star was seen in denim and looked uber cool. He paired his denim shirt with blue jeans and a black tee. On the other hand, Sussane, on the other hand, wore a black crop top over a white solid tee and paired it with blue denim. The former couple was seen wearing shades. 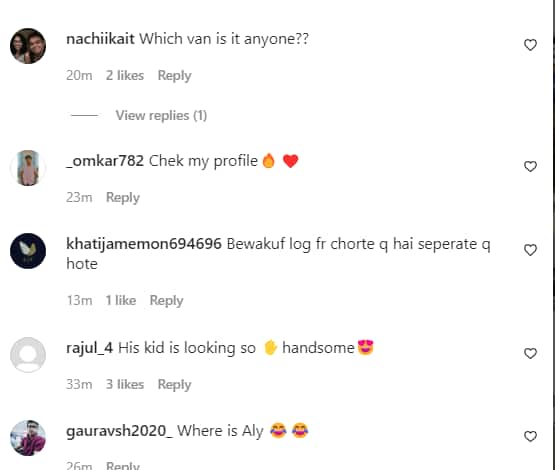 The ocassion was to celebrate their son Hridaan’s 14th birthday. Sussanne even took to Instagram and dropped an adorable post for her dearest baby showering him with her love and blessings. She wrote, “To our Sky full of Ridz… with a heart like yours and a soul so strong yet immensely gentle, we are lucky to celebrate you every day..happy 14 th birthday beautiful boy..We love you the mostttt #SkyfullofRidz #1stmay2022 #14.”

Hrithik and Sussanne were married to each other for several years. The two dated for almost four days before they tied the knot after his debut film ‘Kaho Naa Pyar Hain’. However, in 2014, the duo separated and got divorced. They still share cordial terms with each other and continue to co-parent their children.

Sussanne is currently said to be dating Arslan Goni. In December, Sussanne shared a happy picture of herself with Arslan and wrote, “Happy happpyyyy happiest Birthday.. I wish you a world filled with the best of everything that you so deserve..with the brightest of smiles and with all the purest Love to surround you. You are the most beautiful energy that I have ever come across Shine brightest limitless.”

Hrithik too is rumoured to be dating Saba Azad.

It all started when Hrithik and Saba were first photographed hand-in-hand after a cosy dinner date in February this year. They raised speculations once again after Saba was clicked at the Roshans’ family Sunday lunch. They were also seen enjoying Kerala cuisines together. The owner of the restaurant shared the photos thanking the stars – Hrithik and Saba, for visiting the place and enjoying authentic Kerala dishes.

For the unversed, Saba Azad dated Naseeruddin Shah’s son Imaad Shah for the longest and the two were in a live-in relationship. Saba made her debut with ‘Dil Kabaddi,’ and was also seen in the 2011 film ‘Mujhse Fraaandship Karoge’ alongside Saqib Saleem. She featured in ‘Detective Byomkesh Bakshy’ opposite late Sushant Singh Rajput. She was last seen in an anthology series ‘Feels like Ishq’ which was released in 2021.

On the work front, Hrithik has three films in the making. He is shooting for ‘Fighter’ also featuring Deepika Padukone. The actor also features in the Hindi remake of ‘Vikram Vedha’ and shared his first look from the film on his birthday – January 10. The movie also stars Saif Ali Khan.

Hrithik has also confirmed that he will be returning with ‘Krrish 4’.

Reports are also there that the actor has been approached along with Kareena Kapoor Khan for an untitled project. However, there is no confirmation for it. If the actors give their nod to the film, they will team up together after their 2003 released ‘Main Prem Ki Deewani Hoo’.