Tiger Shroff-starrer Heropanti 2 saw a major dip in its Day 2 box office collection as it collected a total of just Rs 11 crore. The film released in the theaters on April 29. 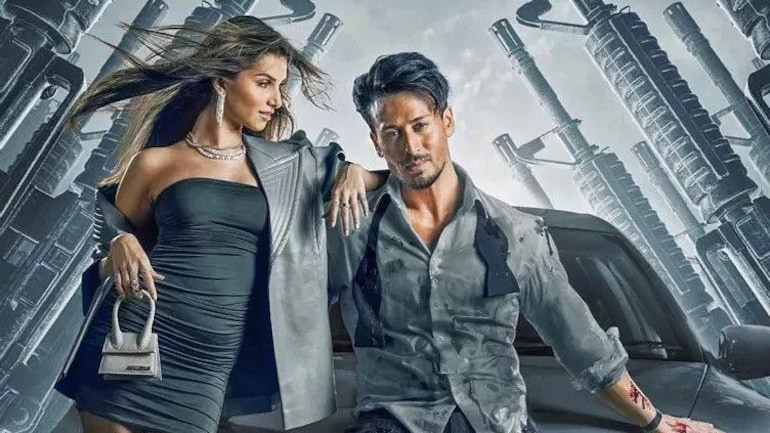 Tara Sutaria and Tiger Shroff in a poster from Heropanti 2.

Tiger Shroff and Tara Sutaria’s film Heropanti 2 opened in the theatres on April 29. On its opening day, the film reportedly earned a total of Rs 7.50 crore. However, on Day 2, it witnessed an even further drop. Despite a massive amount of buzz, the word of mouth came into play and spoiled the party. On Day 2, it’s total box office collection stood at Rs 11 crore. Meanwhile, the theatre screens were majorly being dominated by KGF: Chapter 2 storm. The Yash starrer has crossed the 1000-crore mark at the worldwide box office today.

Heropanti 2 opened to mixed reviews. Just like its prequels, Heropanti 2 was expected to open to big numbers. However, that does not seem to be the case here. Heropanti 2 is facing some tough competition from KGF: Chapter 2. It also got a negative response. On Day 1, the Tiger Shroff-starrer opened to collections of just Rs 7 crores reportedly. The film should have witnessed a big jump on Day 2, but unfortunately, that did not happen. As per Box Office India, Heropanti 2 earned Rs 4.75 crore on April 30, taking the total box office collection to Rs 11 crore.