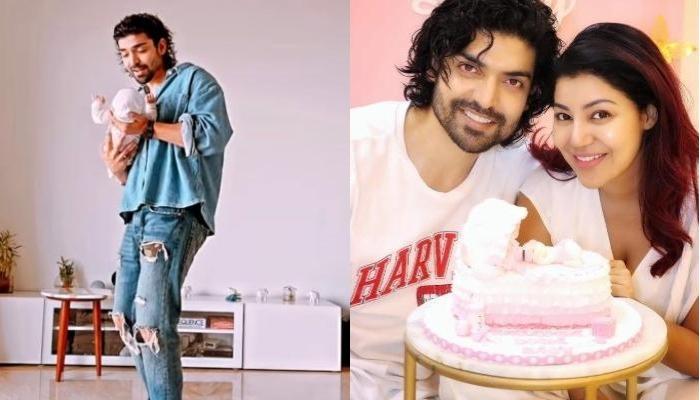 Television actors, Gurmeet Choudhary and Debina Bonnerjee had embraced parenthood for the first time with the arrival of their little princess, Lianna Choudhary on April 3, 2022. Since then, the duo are updating their fans with adorable glimpses documenting every moment of their angel’s life, and we simply can’t stop drooling over them.

For instance, on April 27, 2022, Gurmeet Choudhary had taken to his Instagram handle and had shared a mesmerising video of himself with his baby girl, Lianna. In the video, Gurmeet was holding his baby girl in his arms and was seen dancing with her. The video was enough to etch a special place in our hearts, and sharing it, Gurmeet had written:

“First dance with my girl.”

A few hours ago, Gurmeet Choudhary took to her IG handle and shared a drool-worthy picture with his daughter, Lianna Choudhary. In the picture, Gurmeet was seen staring at the little princess while she was peacefully lying on the bed. The little angel was seen wearing a baby pink-coloured onesie, and her daddy looked handsome in a black T-shirt. The picture was simply unmissable. Alongside the picture, the dotting daddy wrote:

“That’s how my Sunday looks like.. and everyday, I can keep looking at her for hours and days and minutes..@lianna_choudhary #liannachoudhary #gurmeetchoudhary #sundayfunday #sundayvibes.” A few days back, Gurmeet had taken to his IG handle and had shared a playful video with his baby daughter, Lianna. In the video, we could see the little munchkin lying on her daddy’s lap and was touching his fingers. Gurmeet was in turn, holding those tiny hands and shaking them gently. The beautiful moment had won our hearts, and it was too cute to miss. Sharing the video, the doting daddy had written:

Recommended Read: Virat Kohli Has The Bestest Wish For His Wifey, Anushka Sharma’s B’day, And She Reacts Cheesily

Gurmeet Choudhary is a loving daddy, and keeps on sharing blissful moments with his baby girl on his social media handles. On April 6, 2022, the hands-on-daddy had shared an adorable picture of himself, in which he could be seen checking his daughter’s cot along with his fur baby, Pablo. The two were keeping an eye on the little munchkin, Lianna, who was reportedly taking a nap. Sharing the adorable picture, Gurmeet had penned: 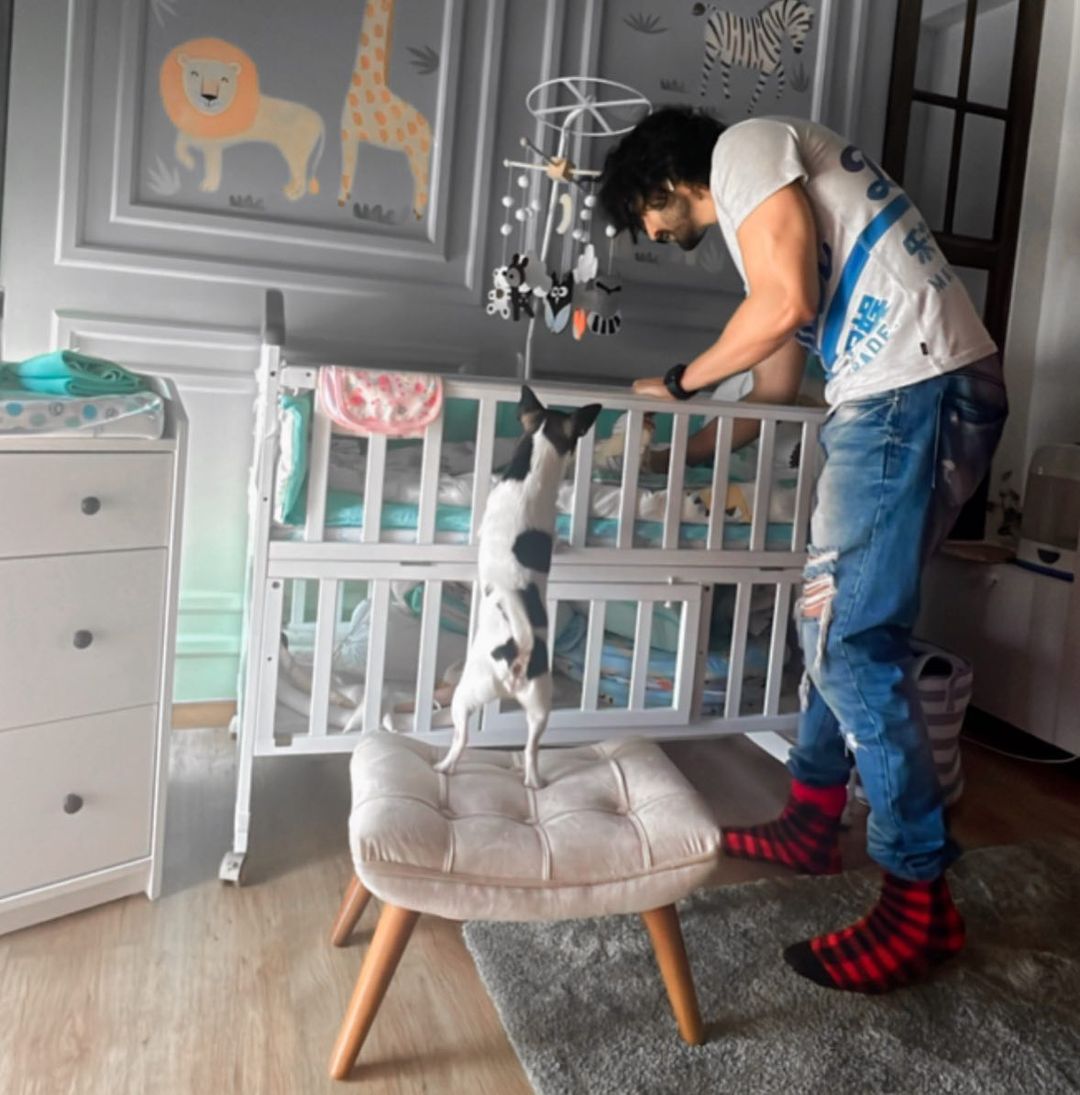 Well, isn’t Gurmeet’s action every dad ever? What do you think? Let us know.

Next Read: Kareena Kapoor Khan Shares A Picture With Her ‘Nanad’, Saba, On Her B’day, Its Every ‘Bhabhi’ Ever