December in Dacca: The Indian Armed Forces and the 1971 Bangladesh Liberation War is not a comprehensive history of the 1971 war but it provides a fascinating insight into a conflict that irrevocably changed geography – and, more importantly, explains what went wrong for India (and Bangladesh) subsequently. In other words, author K.S. Nair’s complaint is that India never incorporated into national memory its own humanitarian and ethical justifications for waging this war. This, he laments, is a monumental tragedy.

This is why Indians are at risk of celebrating the victory, which led to East Pakistan becoming an independent Bangladesh, for having comprehensively thrashed an old enemy. Instead, the jubilation should have been for a much more important cause: for ending a monstrous humanitarian crisis in East Pakistan, committed by a heartless Pakistani military.

“We are at risk of celebrating the victory without internalizing what our adversaries did wrong, without holding them to account for their wrongs, without holding ourselves to the higher standards we upheld then, and without reaffirming India’s values and strengths,” Nair writes.

Just to understand the scale of atrocities (notwithstanding Islamabad’s staid denials), look at the statistics. The Pakistani military murdered a million people in a span of nine months and forced another 10 million to flee and take shelter in India. In comparison, six million Jews were killed in the Nazi holocaust over a period of at least six years. Thus, the Pakistani murder rate exceeds that of the Nazis by at least 33%. (And to fast forward to now, look at the number of Ukrainians killed by Russia and see the Western reaction.) “Yet, there was no outraged protest from the world when India sent back to Pakistan tens of thousands of Pakistani POWs, without holding the few hundred of them who had been identified as war criminals to account for their genocide.”

Nair concedes there may have been reasons for this. The Indian government was perhaps happy with the military victory and did not wish to take on the legal, administrative and public communication pressures that would have accompanied trials of Pakistani military prisoners on charges of crimes against humanity. India was not the global player it is now, and the economy did not count for much then.

And why fault only the government of the day? Despite the Pakistani military’s deliberate targeting of Hindus, even India’s most outspokenly Hindu political groups did not seem interested in redressing the crimes. The Left too did not seem inclined to pursue and punish the murderers of innocent Bengali peasants.

Indeed, as Nair argues, an open airing of the crimes of the Pakistani military might have strengthened the cautions against brute majoritarianism in our own country. No wonder, the defeat did not any way chasten or enlighten the Pakistani military. Within 15 years of perpetrating horrific violence on its own people, Pakistan was assiduously recasting itself as the champion of self-determination for Kashmiris.

The Bangladesh Liberation War should be better remembered – and in some ways differently remembered, the way the Second World War is. Nair underlines that it was one of the last of the “just wars” of the 20th century. India went to war for a national and institutional commitment to values of freedom, democracy, pluralism and justice. India, he feels, did not sufficiently disseminate its narrative to the rest of the world. Pakistan was not held accountable for the terrible crimes it committed on its own people – Hindus and Muslims, as well as innocent men, women and children.

Is this why bigotry and misogyny still remain alive today in this part of the world? Nair admits that in India itself, far too many groups have carried out occasional pogroms against minorities or domestic enemies of the day. In the process, India has slipped from the moral high ground it so overwhelmingly owned in 1971. Indeed, India today must be prepared to look within itself as well, shedding unquestioned deference to the majority and criminalisation of dissent. These diseases, Nair says, have now infected Indian society. “These are all signs that India has forgotten the lessons of 1971.” 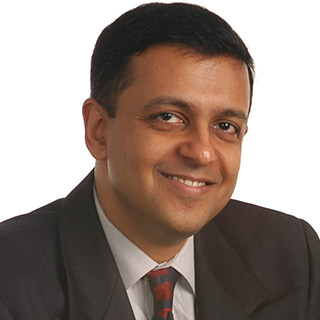 The author takes you through war dates, virtually transporting you to the battlefields – on the ground, in the sea and in the air – as India took on Pakistan in December 1971. He debunks some of the much bandied conspiracy theories in the process and details, like a good scholar, some of the memorable although bloody India-Pakistani encounters.

The diplomatic squabbles in the United Nations were far more deadly, as far as India was concerned. The Soviet Union remained a loyal friend in the UN. But towards the fag end of the war, it began to run out of patience. Just before December 16, Poland introduced a resolution – undoubtedly with Moscow’s nod – which would have forced India – had it passed in the Security Council – to halt its military blitzkrieg just when it was within handshaking distance of a clear victory.

The one man who saved India was Zulfiqar Ali Bhutto, who, realising the imminent end for the Pakistani military in the eastern wing, created tantrums in the UN and tore up the Polish resolution. Just as the Indian diplomats heaved a huge sigh of relief (there would be no voting now), the Indian military forced a surrender from tens of thousands of demoralised Pakistani soldiers and collaborators in newly liberated Bangladesh.

To say this is a great book will be an understatement.