Elon Musk appeared on the red carpet with his supermodel mother Maye Musk. The Tesla CEO shared his plans for Twitter as well. 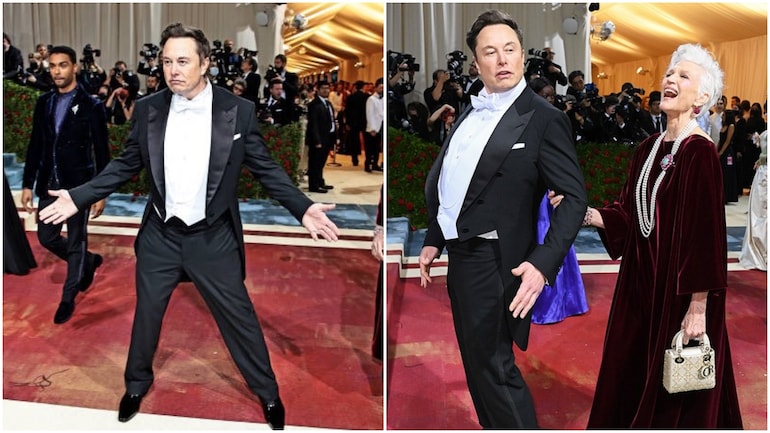 An array of celebrities took over the Met Gala red carpet in scene-stealing ensembles. But did you know Tesla and SpaceX CEO Elon Musk marked his presence at the extravagant fashion spectacle as well? Yes, you read that right.

Elon Musk appeared on the red carpet with his supermodel mother Maye Musk. The Tesla CEO charmed the shutterbugs with his goofy poses and even shared his plans after acquiring the micro-blogging site Twitter.

He wore a crisp black tuxedo with a white shirt and white bow-tie. Musk’s mother Maye oozed the utmost grace in a velvet burgundy Dior dress. She added a bit of jazz to her outfit with a layered pearl neckpiece by Chopard.

Elon Musk has made a steady place in international headlines after his much-talked takeover of the micro-blogging site Twitter for a whopping $44 billion. “My goal, assuming everything gets done, is to make Twitter as inclusive as possible and to have as broad a swathe of people on Twitter as possible,” Musk told an interviewer on the red carpet.

So Elon Musk and his mom are at the #MetGala Lala asked a GREAT question: Elon what do you hope to bring to Twitter???? pic.twitter.com/dZ6kmUUwNZ