Drew McIntyre and RK-Bro were spotted dancing with Seth Rollins after the WrestleMania Backlash go-home episode of SmackDown went off the air.

The final segment of last night’s WWE SmackDown saw a brawl between Roman Reigns & The Usos, and Drew McIntyre & RK-Bro. In the end, the babyfaces got the upper hand and The Bloodline had to retreat in embarrassment. The show went off the air with McIntyre and RK-Bro staring down The Bloodline.

After the cameras stopped rolling, McIntyre and RK-Bro began heading to the back. While on the entrance stage, the trio were surprised when they heard Seth Rollins’ entrance theme. In a hilarious visual, the three top stars began dancing to Seth’s theme, with the latter joining them as well. Check out the footage of Superstars dancing below:

Drew McIntyre, Randy Orton, and Riddle are hell-bent on putting The Bloodline down tonight

WrestleMania Backlash is mere hours away and is headlined by a Six-Man Tag Team match. Roman Reigns will team up with The Usos to take on McIntyre, Randy Orton, and Riddle at the event. Originally, WWE had planned to pit RK-Bro with The Usos in a Tag Team title Unification match at the show. After Roman Reigns tore off the contract, the match was scrapped and fans instead got an explosive Six-Man Tag Team bout.

Over the past couple of weeks, The Scottish Warrior has lost a series of WWE Universal title matches to Roman Reigns at live events. McIntyre would want nothing but to put Reigns down at WrestleMania Backlash and then focus on taking his two titles from him at a later date. 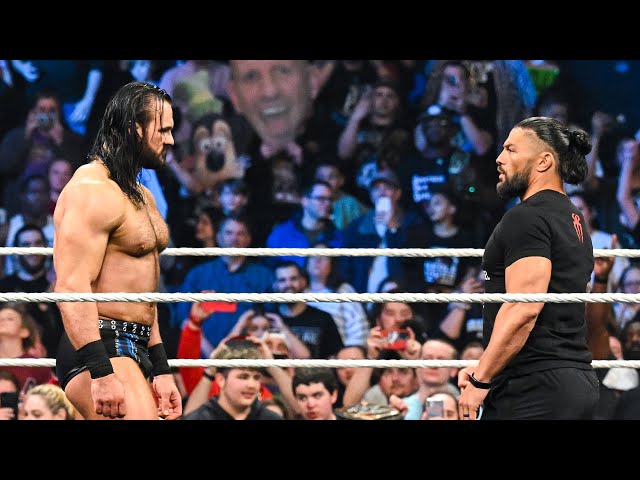 As for Seth Rollins, the former Universal Champion will take on Cody Rhodes at WrestleMania Backlash. Rollins and Rhodes have also faced off at various live events since their WrestleMania encounter, with The American Nightmare winning every single match. The duo wrestled after last night’s SmackDown as well, with Cody picking up another win. It will be interesting to see if Rollins manages to take revenge on Rhodes for his big WrestleMania loss.

What do you think of Drew McIntyre, RK-Bro, and Rollins’ hilarious antics after SmackDown went off the air? Are you excited for WrestleMania Backlash?