Skip to content
Ira Khan posted a series of pictures from her Eid celebration on Tuesday and one of them featured her cousin Imran Khan. Having quit acting a few years ago, Imran has also stayed away from the limelight and social media. The actor seemed to be in a cheerful mood as he posed for a mirror selfie during Eid celebration with Ira Khan and their family. 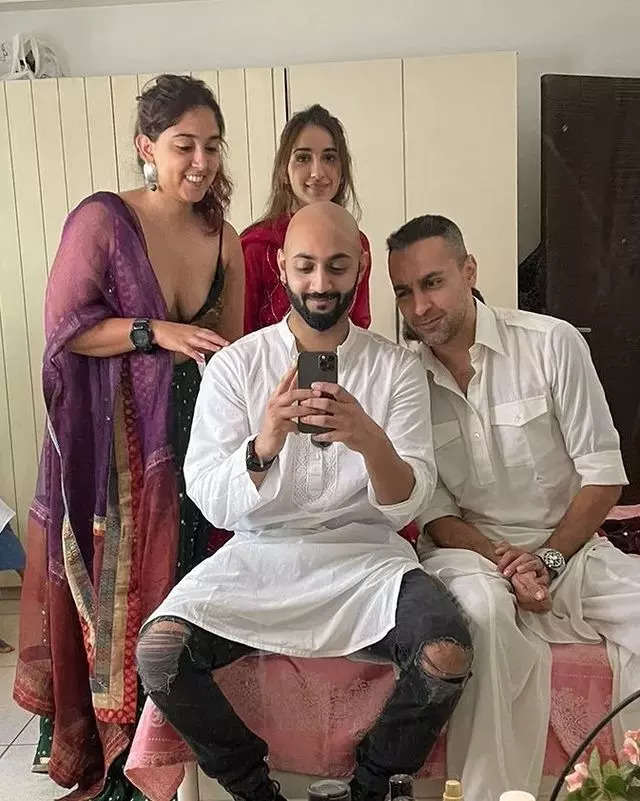 The first picture saw Ira posing with her boyfriend Nupur Shikhare, while the last one in the series featured Imran Khan sporting a pathani kurta-pyjama and posing with others. “Did you know you’re eligible for eidi till you’re married?! I thought once you’re an adult (18) it’s done. @zaynmarie @sahabime HA HA. You learn something new everyday. Eid Mubarak,” Ira had captioned the pictures.

Imran Khan marked his entry in films in 2008 with the much loved ‘Jaane Tu Ya Jaane Na’. The romantic comedy established his chocolate boy image and the actor went on to feature in ‘I Hate Luv Storys’ (2010), ‘Delhi Belly’ (2011) and ‘Mere Brother Ki Dulhan’ (2011) to name a few. After a series of flops, ‘Katti Batti’ (2015) opposite Kangana Ranaut, being his last, Imran went on to mark his debut as a director. He called the shots for a short film titled ‘Mission Mars: Keep Walking India’. After this 2018 release, Imran has stayed away from the glamour world. In 2019, the actor separated from wife Avantika Malik.