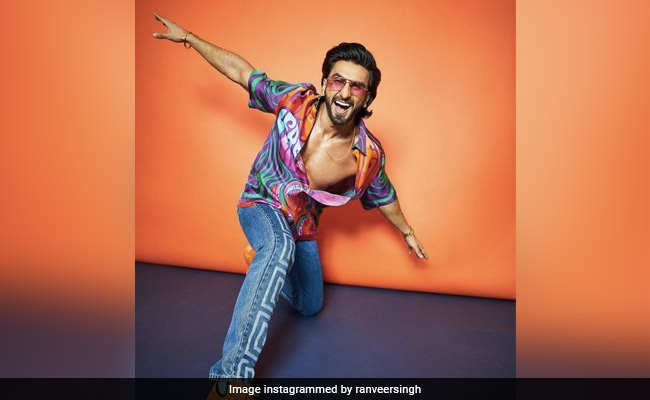 On Monday, Ranveer Singh posted new photos on social media and they instantly went viral. Ranveer shared his photos with a rainbow emoji as he was dressed in a colourful shirt and quirky denim. His wife and actress Deepika Padukone commented, “Sunshine!,” followed by a sun emoji. Fans also commented on Ranveer Singh’s photos and praised his look. One wrote, “Such a boss.” “Rangeelaa – re,” wrote another one. One more comment reads, “Hello rainbow!!” “Always the most colourful person in the room,” wrote another one. One more comment reads, “You are so incredible,” followed by a red heart emoji. Ranveer Singh’s photos have more than three lakh likes and are going viral on the web.

Ranveer Singh and Deepika Padukone are each other’s cheerleaders. They are often seen leaving catchy and mushy comments on each other’s social media posts. On Monday, Deepika Padukone had shared a video, in which, she had compiled the glimpses of the times when she messed her lines on a movie set and while shooting. She had captioned the video as “Messing up my line in 3, 2, 1…” Ranveer Singh had commented, “Cutie,” followed by love-struck emoji.

After dating each other for six years, Ranveer Singh and Deepika Padukone got married in November 2018. On the work front, they were last seen together in Kabir Khan’s sports drama 83.