Bill Roache has said he still wants to be acting in Coronation Street when he’s 100 – which is only a decade away.

The soap star, 90, is best known for playing Ken Barlow in the ITV soap since it was first broadcast in December 1960.

He celebrated his 90th birthday last Monday, and spoke to The Mirror about how he stays young. 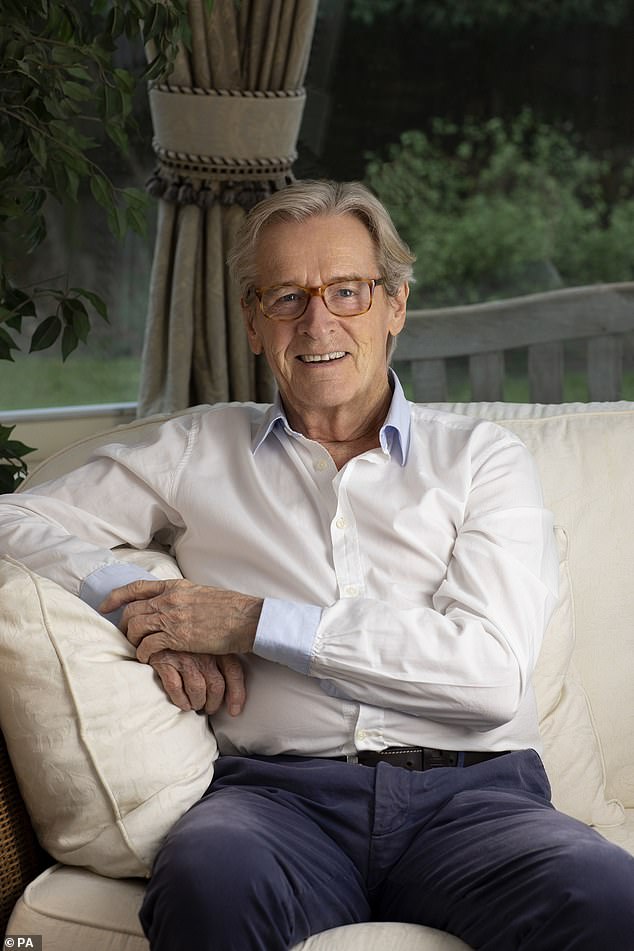 Motivation: Bill Roache has said he still wants to be acting in Coronation Street when he’s 100 – only a decade away

He told the publication: ‘Someone said to me, “Look, Bill, you’re in the Guinness Book of Records, you’ve got the MBE, you’ve been in Coronation Street for over 60 years, what else is there?”

‘I said to him, “I would like to be the first centenarian who is still cast in an ongoing drama”. That’s my aim, to be 100 and still working on ­Coronation Street.’

‘While they want me and while I can do it I’ll continue to do it.’

Bill – who already holds the world record for the longest stint on a soap – added that he believe the key to staying healthy is ‘balance’. 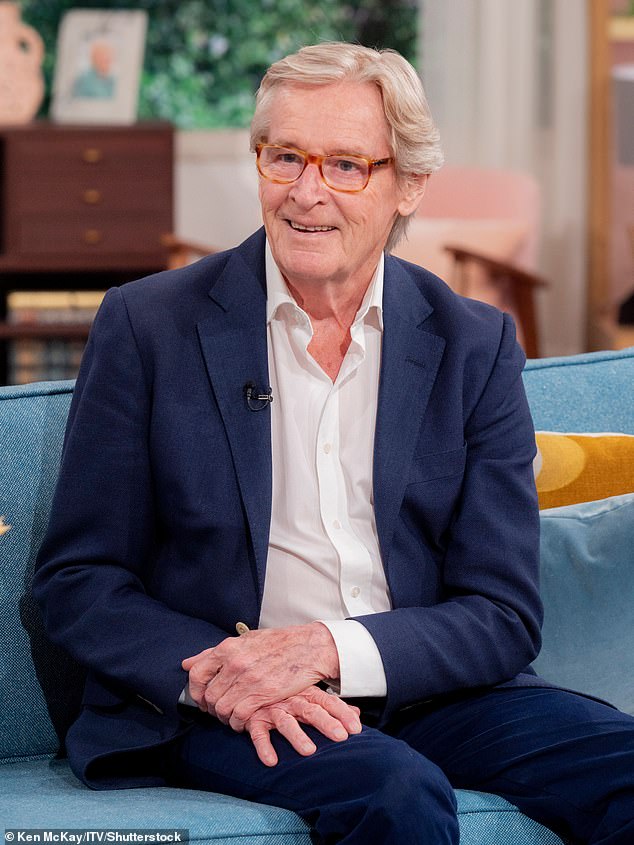 Milestone: He celebrated his 90th birthday last Monday, and spoke to The Mirror about how he stays young

He explained he keeps a balanced diet, stands a lot and plays golf to maintain his fit physique.

He went on to say that the greatest moments in his life were the birth of his five children, and that he loved meeting older fans.

Earlier this month the soap legend admitted that he fancied The Queen when he first met her aged 21.

Bill made the revelation in the new hour long ITV documentary Happy Birthday Bill on Tuesday which celebrated his landmark birthday. 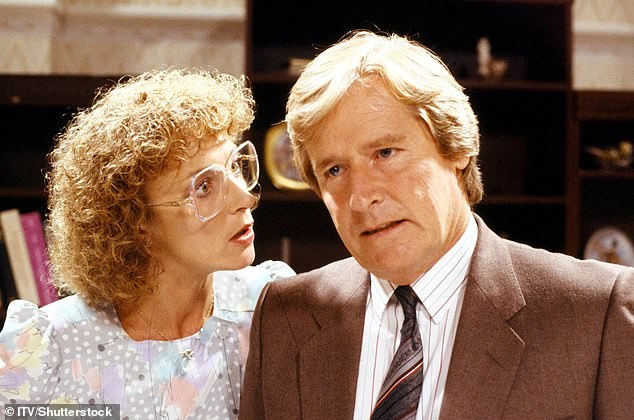 Throwback: Bill has been a star on Corrie since its very first episode over 60 years ago, but recent insisted he has no plans to retire anytime soon (pictured in 1989)

And looking back on momentous times in his life, the Ken Barlow actor told how he found Her Majesty, 95, ‘very attractive’ when he first laid eyes on her back in 1953.

Recalling how he’s always had a fondness for the monarch since their very first meeting, Bill said: ‘I’ve met the Queen eight times.

‘I first met her when I was 21 and I was in the Army and we had the day with her which was very nice. 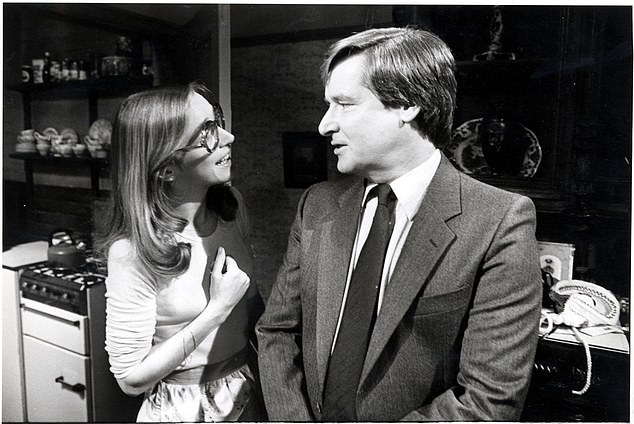 Back to the beginning: Bill recently looked back at his career in a new documentary to celebrate his birthday

‘I really fancied her! I don’t know if that’s heresy but she was very attractive.’

The TV special looked back at the life and times of the star, with Bill reflecting on his schooldays growing up in Colwyn Bay, North Wales.

While he also touched on his time in the army, having joined the Royal Welch Fusiliers in 1953 before being stationed in Kingston, Jamaica. 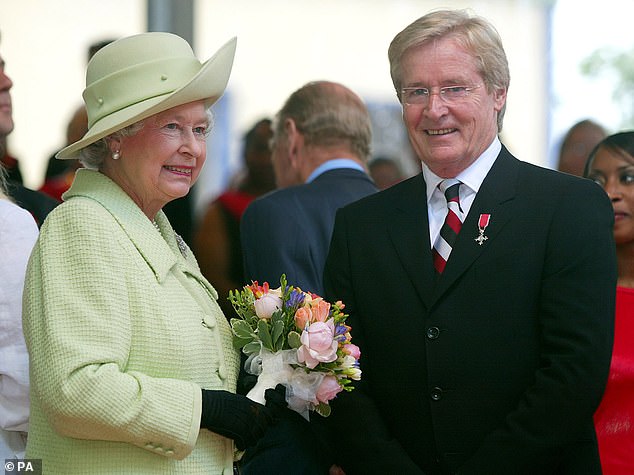 Soft spot: Bill has admitted that he fancied The Queen when he first met her aged 21 (pictured in 2002)

It was there that he first met The Queen, who was on a royal visit to the Commonwealth Caribbean country.

In the film, Bill showed off a picture of an army regiment’s party, of which Her Majesty attended.

Bill exclaimed: ‘This is the party with the Queen! I remember being there because she was fascinated by the regimental goat. 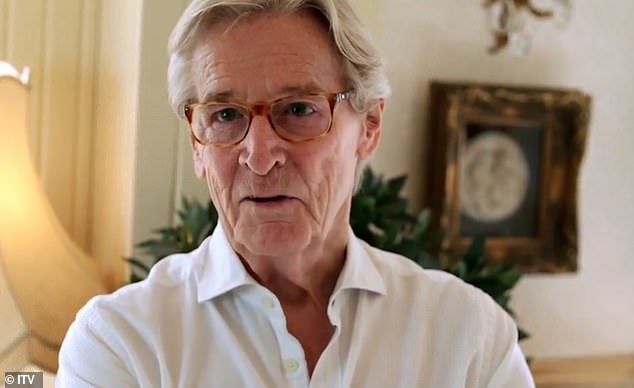 Memories: The legend made the revelation in new ITV documentary Happy Birthday Bill on Tuesday which celebrates his landmark 90th birthday

‘The goat ate cigarettes, two cigarettes a day, and she was feeding him.’

Meanwhile Bill was reunited with his first on-screen wife Anne Reid – more than 50 years after she was killed off.

Scenes in the documentary saw Bill stating it was a ‘lovely moment’ to see the actress again after she was killed off by a faulty hairdryer in 1971. 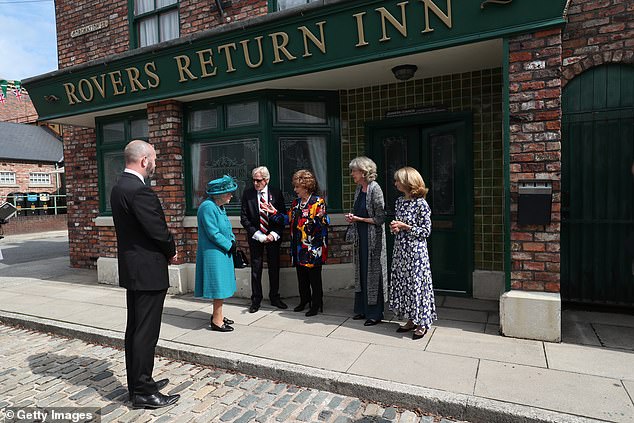 Affection: ‘I really fancied her! I don’t know if that’s heresy but she was very attractive’ [pictured Bill and his co-stars meeting The Queen on the Coronation Street set last year]

Bill, who remains Corrie’s only original star from its inception in 1960, also discovered that Anne, who played his first wife Valerie, had a secret crush on him during her eight-year stint on the soap.

Ken’s first wife Valerie was mother to his twins Peter and Susan, but she was tragically killed after electrocuting herself on a faulty hairdryer, in scenes watched by nearly 19 million viewers.

Discussing her time on the soap, Anne said: ‘It was my decision to leave and I was desperate, really desperate, to go. Because I knew I was good at comedy and there was no way that Valerie Barlow was ever going to be funny.’ 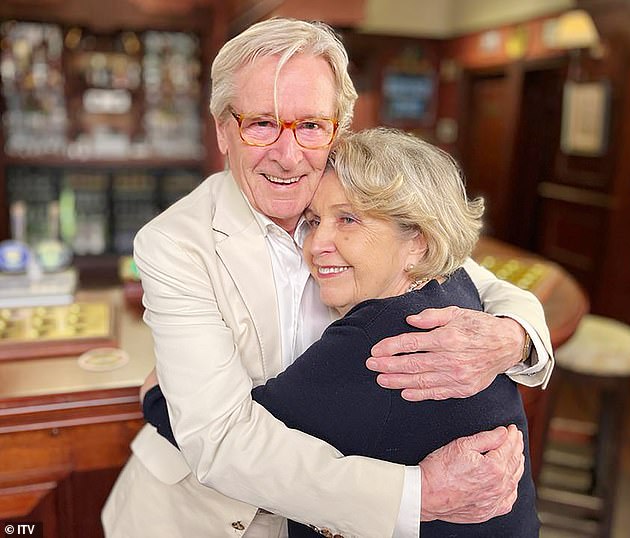 Back together! Meanwhile Bill was reunited with his first on-screen wife Anne Reid – more than 50 years after she was killed off

Elsewhere, Bill revealed he has ‘no intention of retiring’ and will continue to play much-loved character Ken Barlow.

The actor is set to continue playing Ken as he believes ‘if you want to do something, it shouldn’t matter what age you are’.

Speaking on people’s reaction to him working at the age of 89, he said: ‘People will say when are you retiring? Are you going to take a break? But then what happens?

‘Whilst I can do it, and whilst they will have me, I have no intention of retiring. I am so fortunate to work for an organisation that is happy to have me.’ 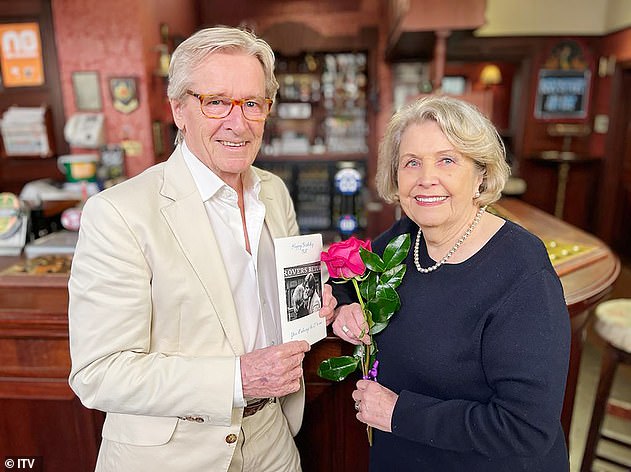 Blast from the past: The Ken Barlow actor said it was a ‘lovely moment’ to see the actress again after she was killed off by a faulty hairdryer in 1971

He is even listed in the Guinness World Records as the longest-serving television star in a continuous role.

And in December last year it was announced that the actor had been made an OBE for his services to drama and charity.

Bill proved he’s still got it as he showed off his youthful appearance in photos to mark his 90th birthday today. 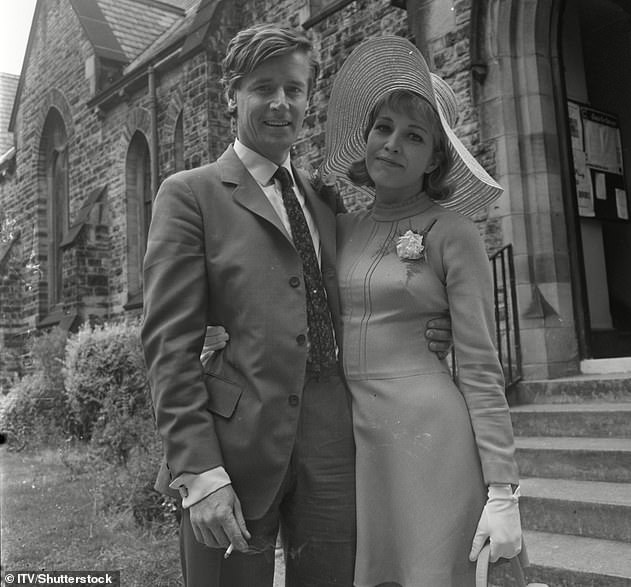 Iconic: Anne starred as Ken’s first wife on Coronation Street for eight years until she was killed off in 1971 after being electrocuted by a hairdryer (pictured in 1969)

The star was photographed by his son Will at the family home in Cheshire to celebrate the milestone.

One bespectacled, smiling shot sees him looking years younger than his age, in a white shirt and navy jumper and boasting a full head of hair.

He said: ‘Will studied photography when he was younger so he has a lot of technical knowledge.’ 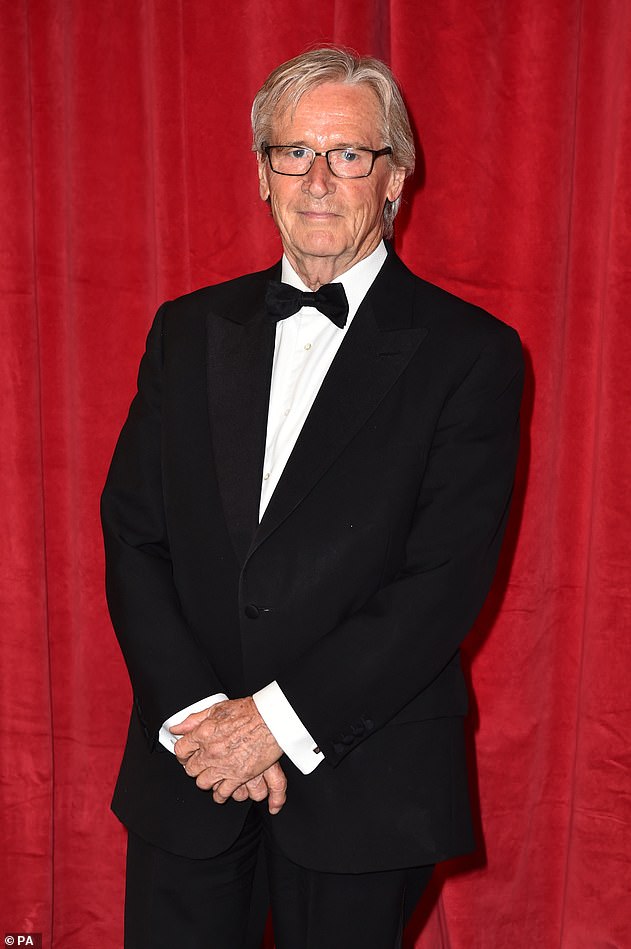 Going strong: Elsewhere, Bill revealed he has ‘no intention of retiring’ and will continue to play much-loved character Ken Barlow

The snaps were taken for the re-release of an updated version of his book Life And Soul – his tips for a happy, healthy life.

Bill was married to actress Anna Cropper, the mother of his son Linus and late daughter Vanya, and admitted to being unfaithful.

In 1978 he married Sara McEwan Mottram with whom he had son Will and daughter Verity. A second daughter, Edwina, died at 18 months old. 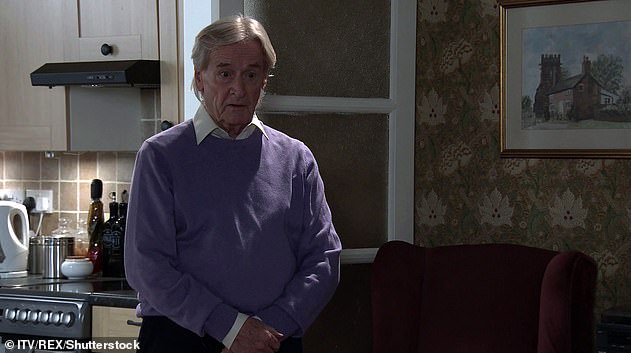 Loyal: The actor has played Ken on the ITV soap since it aired in 1960 and is set to continue as he believes ‘if you want to do something, it shouldn’t matter what age you are’