Television actress Chhavi Mittal treated herself with a salon session at the hospital after undergoing breast cancer surgery. Watch video inside. 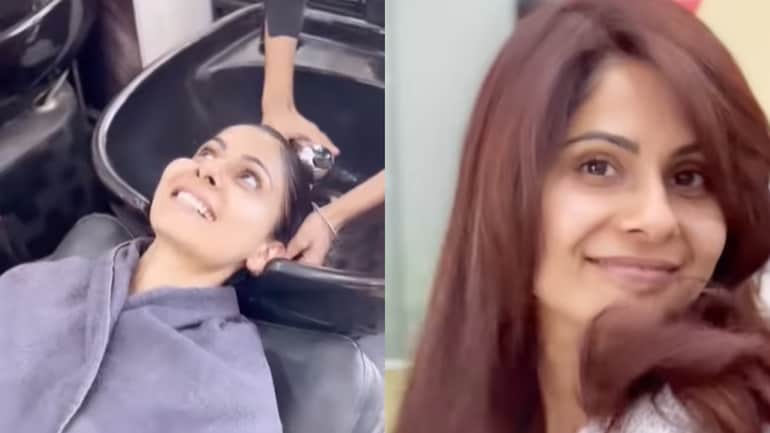 Television actress Chhavi Mittal has been through a lot after she was diagnosed with breast cancer. However, with her willpower and doctor’s right treatment, the actress was declared cancer-free. The actress underwent breast cancer surgery for 6 hours. As of now, Chhavi is in hospital but she is happy as she is cancer-free. Recently, Chhavi treated herself with a salon session at the hospital and her video has gone viral.

Chhavi Mittal shared a video in which she can be seen enjoying her salon session. The actress got a hairwash and later, she flaunted her beautiful tresses.

Sharing the video on Instagram, Mittal wrote, “Some big things make you understand the joy in the little things. I felt so proud of myself to walk to the lift and to the salon downstairs and sit there to get my hair washed and dried! Big achievement. I also took the most painful, slowest ever, but most refreshing shower today. Once again, THANK YOU for the wishes pouring in! And once again, there’s ALWAYS light at the end of the tunnel. Hang in there (sic).”

A few days ago, Chhavi Mittal celebrated her 17th wedding anniversary with hubby Mohit Hussein in hospital. The actress also kissed her hubby in one of the photos she shared on social media.

A part of her caption read, “Today, the bond is only getting stronger as we compete 17 years of togetherness in a hospital while my pain is reducing and the annoyingly demanding me is coming back. Now that you know about my strengths and weaknesses, can I ask for your hand for the next 17 years too? And then we’ll reassess the situation. Whatsay? I love you, tall dark n handsome! (sic).”