Skip to content
TV actress Charu Asopa and husband Rajeev Sen’s relationship is going through troubled times and the couple has apparently started with legal formalities to end their relationship. ETimes TV was the first to report about Charu and Rajeev facing compatibility issues and also that they are taking the legal route. Now, amidst the divorce reports, Charu shared a cryptic posts on her social media account in which she shared what kills a relationship.

The Mere Angne Mein actress shared a post which read, “Distance doesn’t kill a relationship but less conversation and late replies do.” Charu recently in one of her Vlogs indirectly hinted at trouble in her marriage. She indirectly slammed her husband Rajeev for not being there for their daughter. She also took an indirect dig at him for asking her to not reveal their daughter’s face in her videos and himself sharing his videos with her thumbnail. 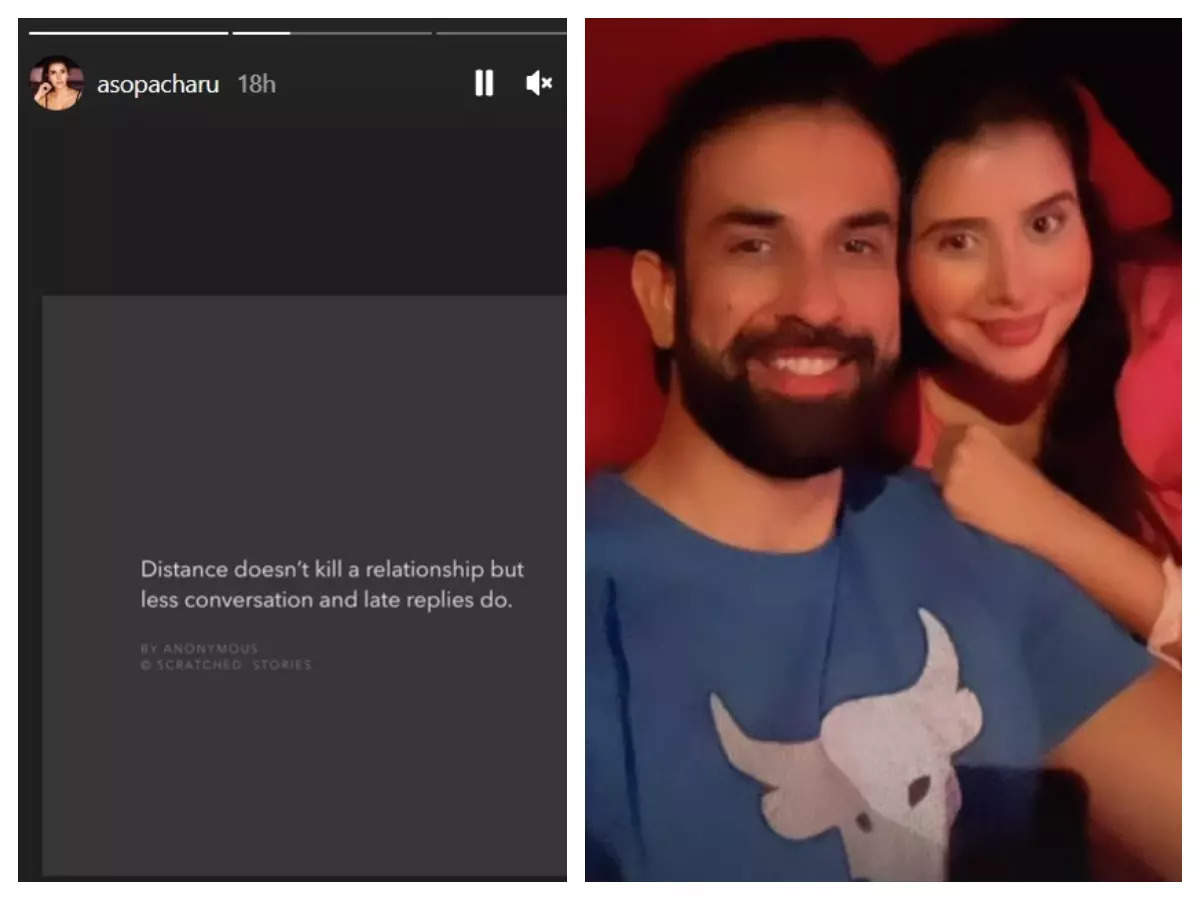 Charu’s video came after her husband Rajeev shared a Vlog on his channel and shared how he is not comfortable with too much exposure given to his daughter Ziana from such a young age. He even stated in his video that he doesn’t need to show it on camera how much he is missing his daughter to gain sympathy. He indirectly accused Charu of using their daughter for her Vlogs and that he wants to see his daughter growing up in the right environment. In his video, Rajeev even gave reference of Virat Kohli and Anushka Sharma during his conversation that despite being the icons of the country, they are yet to reveal their daughter’s face.

Earlier, a source close to the couple informed ETimes TV that there were compatibility issues between Charu and Rajeev since day one. However, they managed to patch up after every fight. The family tried to be the peacemakers as well but this time nothing was working. Charu and Rajeev have apparently decided to end their marriage and have taken the legal route. The actress has deleted Rajeev’s pictures from her account and seems to be in no mood to reconcile.

Rajeev and Charu registered their marriage on June 7, 2019 and later got married in a Bengali and Rajasthani ceremony on June 16 in Goa. They welcomed their baby Ziana in November last year.