Amber Heard’s name has been changed to Amber Turd, on IMDb’s Google search page. We wonder who could be behind the joke? 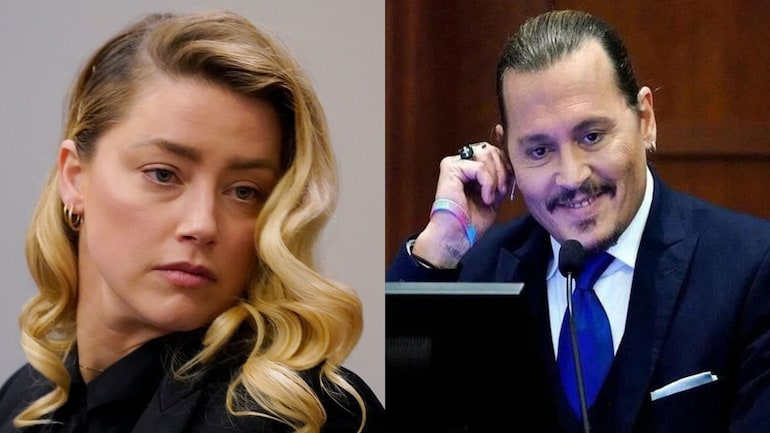 Amber Heard and Johnny Depp are at loggerheads.

A strange thing happened on Amber Heard’s IMDb that has amused fans. It looks like someone changed Amber Heard’s name to ‘Amber Turd’ on IMDb’s Google page. However, when you click, Amber’s name is shown correctly. We wonder if Johnny Depp fans did this!

For the uninitiated, Amber Heard and Johnny Depp’s defamation trial is underway and many shocking revelations from the trial have gone viral.

Looks like someone changed actress Amber Heard’s IMDb name to ‘Amber Turd’. The misspelt name appears both on the desktop and phone. The word ‘Turd’ means ‘faeces’ or ‘a contemptible person’. WHAT WAS THE JOKE ABOUT?

While we don’t really know who changed Amber’s name, the joke stems from an incident told by Johnny Depp at the trial. Johnny accused his ex-wife of defecating in their bed. He described the event as ‘bizarre and grotesque’. During his testimony in court, the actor recalled how the couple had an argument in 2016 during Amber Heard’s birthday party. Later, Johnny discovered faeces on the side of his bed. “My initial response to that was, I mean I laughed. It was so outside. It was so bizarre and so grotesque that I could only laugh. So I did not go down there that day,” he reportedly said during the hearing.

Johnny Depp and Amber Heard met on the sets of The Rum Diary in 2009 and started dating a few years later. In 2015, they got married. In 2016, Heard filed for divorce and alleged that Depp had physically abused her during their marriage under the influence of drugs or alcohol. Depp denied the accusations and stated that Heard was “attempting to secure a premature financial resolution by alleging abuse.” Their divorce was finalised in 2017.