Bollywood actor Akshay Kumar unveiled the first look of his Diwali flick, Ram Setu on April 28 when Amazon Prime Video announced its slate of new releases and slate of streaming rights. The actor on Thursday took to social media to share the first look featuring Satyadev and Jacqueline Fernandez in what looks like an abandoned cave. But, it has become a part of meme fest. 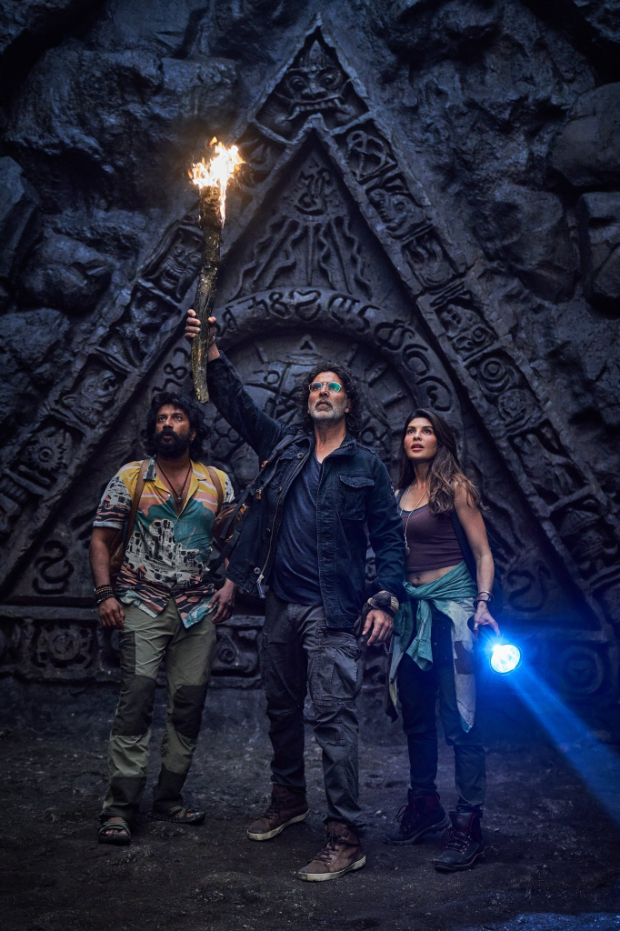 In the first look photo, Akshay holding a flambeau despite a torch in Jacqueline Fernandez’ hand. But, she has pointed out towards the ground while all three of them – Akshay, Satyadev, and Jacqueline – are looking straight ahead. Netizens pointed out goof-up and hilarious memes took over Twitter.

Why don’t you borrow torch from Jacquline instead of carrying masal.

What I want to comment on, people have already done it still “why are you carrying a Mashal when the heroine is carrying a torch”?

When your house has no electricity but your neighbours’ place is lit up… https://t.co/28q1dcDezA

Why is the guy holding a flame when the girl is holding a fully working torch? https://t.co/YfOpTcFaau