Aashiqui actress Anu Aggarwal, who made a special appearance on Indian Idol 13 along with other star cast of the 1990 film, shared her unhappiness recently after her shots from the show were cut. 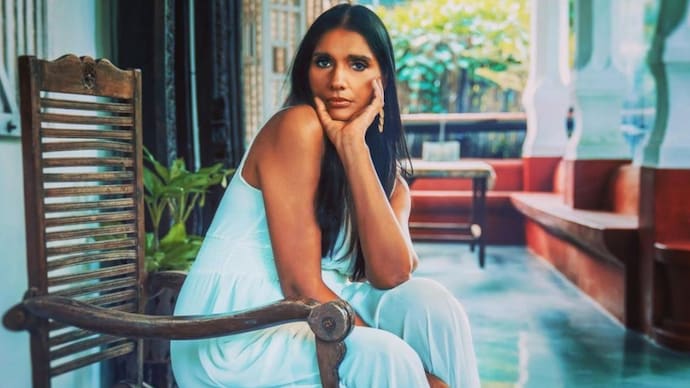 By Prachi Arya: In a bid to give a tribute to the 1990 musical hit Aashiqui in a special episode of Indian Idol 13, might have upset actress Anu Aggarwal. The star cast of Aashiqui which included Anu, Rahul Roy, Deepak Tijori, and singer Kumar Sanu, also marked their presence on the show while sharing anecdotes about the film.

However, something happened that left the leading lady Anu Aggarwal unhappy. Anu shared that the team of the singing reality show had cut scenes of her talking with contestants on the show. She said that she was very active on the show and sat right next to Rahul and Deepak.

And still, the maker chose to cut her ‘out of the frame’. During a conversation with India.com, the actress who played the role of Anu Verghese in the iconic film, said that she was disheartened to find her scenes deleted. She then revealed how these things do not bother her anymore. “Thankfully, I am a Sanyasi. I don’t have an ego at all. It does sadden me. I spoke enough but not a word was shown in the telecast. I speak fluent Hindi. I am not interested in why? I let it go. I don’t want to get into the defensive at all rightâ€¦and I don’t want to get into blaming Sony, the editor, or anybody at all.”

‘I AM SADDDEND’ SAYS ANU AGGARWAL

The actress who made a stunning appearance in a black bodycon dress on the show further spoke about how she was saddened by this move of the makers. Aggarwal stated that the worst part is that her motivational words on the show cannot reach a wider audience now.
“I don’t want to get into the defensive zone. And I don’t want to get into blaming the channel, the editor, or anybody at all. I am saddened honestly that what I spoke was so motivational that it couldn’t be conveyed. I don’t care about myself but the words I said. We get inspired by people, we all are heroes.”

The actress revealed that all her scenes where she walked on stage and people were clapping followed by her gratitude speech, were all deleted. Meanwhile, the classic film Aashiqui starred Rahul Roy, Anu Aggarwal, and Deepak Tijori which was a hit at the box office. Its sequel was titled Aashiqui 2, starred Aditya Roy Kapur and Shraddha Kapoor released in 2013.